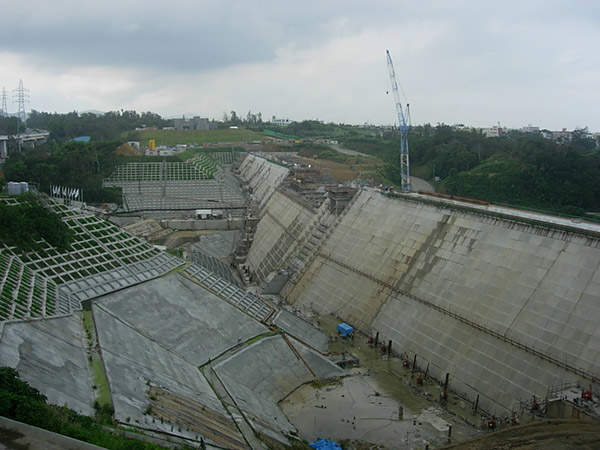 Construction at the Okukubi Dam, which started in 2009. Image courtesy of NortyNort. 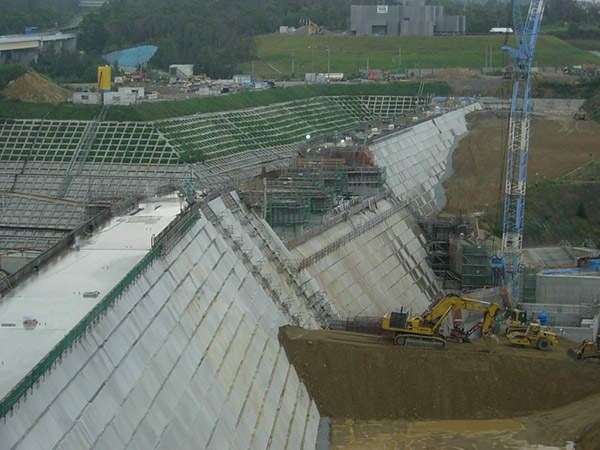 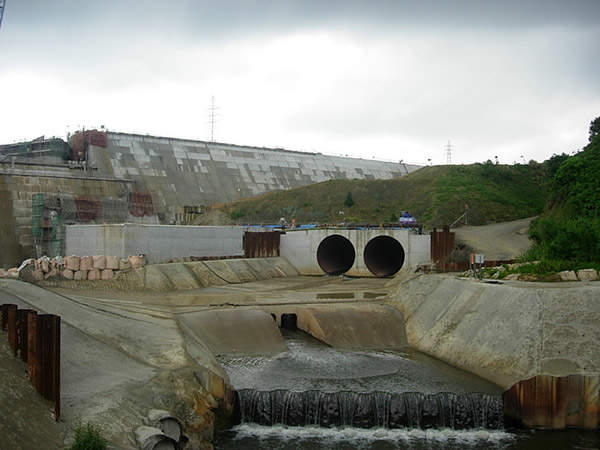 The Okukubi River is diverted on its left bank for constructing the Okukubi Dam. Image courtesy of NortyNort. 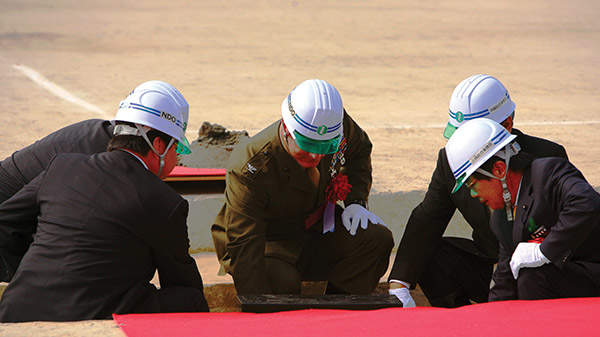 The cornerstone burial ceremony for the Okukubi Dam was held in March 2012. Image courtesy of Cpl. Dengrier M.Baez. 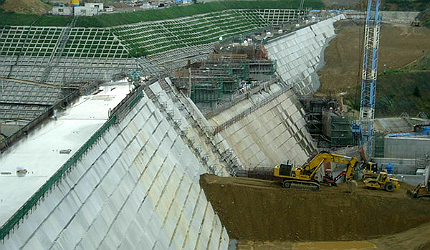 The Okukubi Dam will be the first trapezoidal cemented, sand and gravel (GSC) dam in the world when it comes online. The dam was scheduled for a 2012 opening, but no formal announcement had been made as of December 2012. Construction works for the dam commenced in 2009.

The dam is being constructed in the town of Kin located in the central part of the Okinawa Island, about 100m downstream of the existing Kinmu Dam.

Development and Construction Department, Okinawa General Bureau (OGB) is the owner of the dam. The concept of the trapezoidal cemented sand and gravel (CSG) dam was developed by the Japan Dam Engineering Center (JDEC). The investment for constructing the dam is expected to reach ¥3bn ($38.2m).

Okinawa Island geology and the need for a dam

"The concept of the trapezoidal cemented sand and gravel (CSG) dam was developed by the Japan Dam Engineering Center."

The multipurpose dam will alleviate flooding downstream of Okukubi River, provide potable and non potable water for municipal and industrial use and supply water for irrigation.

The current dam being constructed was first planned as a concrete gravity dam in 1978, which was, however, halted immediately. The planning for the trapezoidal CSG dam then took more than a decade and initial construction works began in 2003. The groundbreaking ceremony for the dam was finally held in 2009.

More than eight dams of the same type are currently being planned in Japan.

The dam will measure 39m in height and have a crest length of 462m with a crest elevation of 29m. The trapezoidal dam will have a volume of 339,000m³.

The dam will be capable of providing 17,000m³ of water for municipal and industrial use on a daily basis. It will be designed to control flood discharge of up to 300m³/s.

The Okukubi Dam is being constructed using CSG, which is produced by mixing water and cement with onsite materials such as gravel and muck from excavation. The process basically involves the removal of the huge materials from the riverbed, crushing and then mixing them with cement and water, using mixing backhoes and continuous rotary mixers, before finally placing or curing.

"Okukubi is the first main dam to use such technology in the world."

Okukubi is the first main dam to use such technology in the world. Japan, which experiences earthquakes frequently, hopes to benefit from the new technology, as it provides more seismic stability due to the broad foundation of the dam. The new technology also reduces the construction cost by about 25% compared to that of conventional concrete and embankment dams.

The construction involves CSG Top of Slope Compaction Method, where the top of the slope is compacted using a vibratory roller. A new precast method was developed for suiting the CSG method, which reduces the construction time. All major construction equipments such as bulldozers, compaction rollers and dump trucks are also assisted by information and communications technology.

The foundation of the dam is covered with conventional concrete and grouted to avoid leakage of water from the foundation rock.

The construction of the dam necessitated the diversion of the Okukubi River water. The Kinmu Dam was modified in 2010 to divert the river, eliminating altogether the need for building a cofferdam.

The Xiluodu double-curvature arch dam is being built by China Three Gorges Corporation (CTGPC). It will be the second largest dam in China