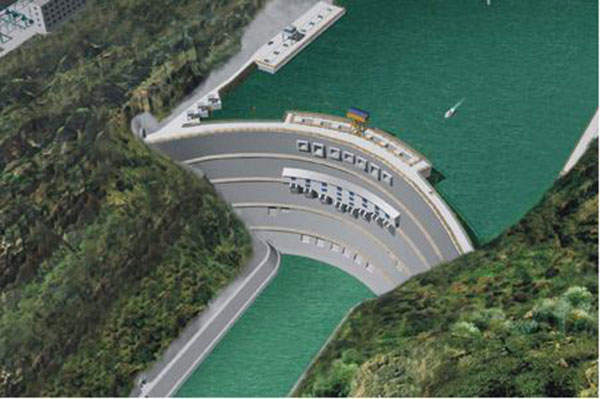 The Xiluodu Dam is the second biggest dam in China. Image: courtesy of Vacon. 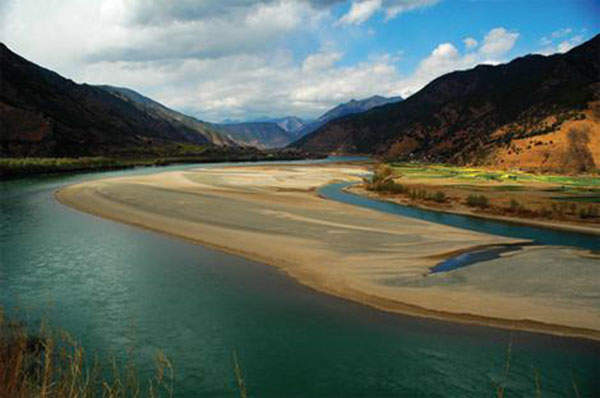 Xiluodu Dam was constructed along the Jinsha River on the upper reaches of the Yangtze River. Image courtesy of Vacon. 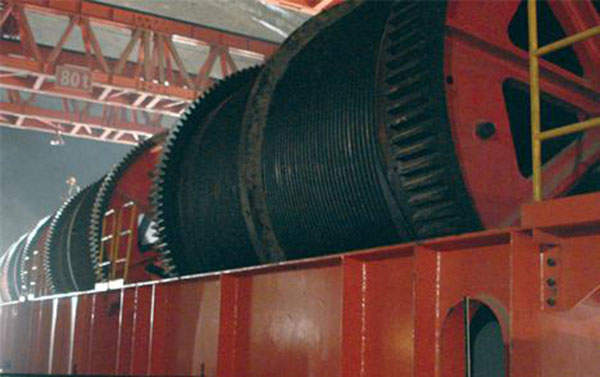 The fixed hoist headstock gears used for operating the gates of the dam are controlled by Vacon AC drives. Image courtesy of Vacon.

The Putzmeister belt conveyor Telebelt TB 110G was used for laying concrete for the Xiluodu Dam. Image courtesy of Putzmeister. 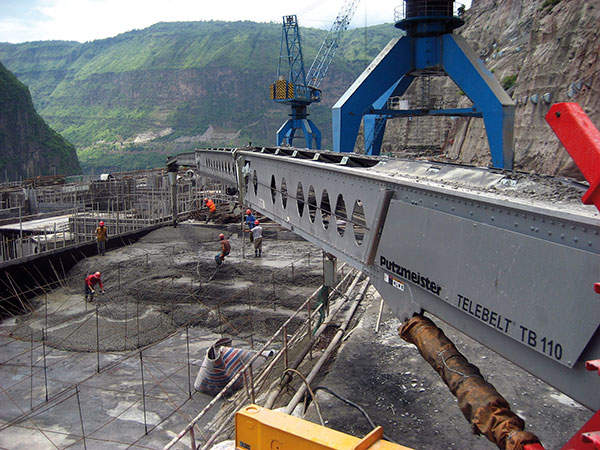 The construction site of Xiluodu Dam. Image courtesy of Putzmeister. 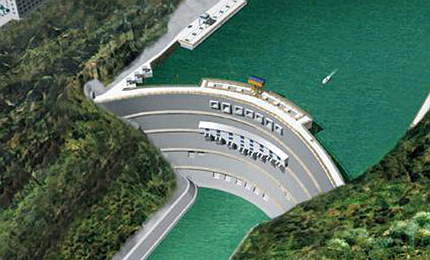 The Xiluodu double-curvature arch dam was built by China Three Gorges Corporation (CTGPC). It is the second largest dam in China, next only to the Three Gorges Dam (TGD) in terms of size, construction cost and generating capacity.

With a reservoir capacity of 12.67 billion cubic metre (bcm) and flood control capacity of 4.65bcm, the Xiluodu Dam and TGD is capable of preventing floods up to 4.6bcm in the middle and lower parts of the Yangtze.

Purpose of the Xiluodu Dam project

As well as alleviating the control of flooding on the Yangtze River, the Xiluodu Dam project also generates power. In addition, it helps with flood prevention, sediment control and navigation improvement.

The new dam complements the TGD and helps ease sediment collection in the reservoir. It also improves navigation system downstream.

The dam was built as part of the China West Development Strategy, which aims to boost the economy of six provinces, five autonomous regions and one municipality in Western China.

CTGPC is currently constructing two other dams, Baihetan and Wudongde, which are also located on the Jinsha River.

Details of the Chinese dam

The overall elevation of the dam crest is 600m, with the concrete double-curvature arch being 285.5m high and 700m long. Up to 16.72m3 of concrete was used for constructing the dam, which comprises of seven surface spillways and eight outlets.

There are four overflow tunnels, two each on the left and right banks. The reservoir capacity is about 12.67bcm, with 4.65bcm utilised for flood control.

The dam generates power from two underground power stations, one on the right bank and one on the left. The two stations are equipped with nine turbines each with an overall power generation capacity of 12.6GW.

The construction of the dam was carried out using belt conveyors, crawler tractors, hydraulic excavators, rock trucks and wheel loaders.

The construction of Xiluodu Dam began in December 2005 after being halted temporarily by the State Environmental Protection Administration (SEPA) in January 2005 due to the lack of a satisfactory environmental impact assessment. The project site is located in a rare fish reserve and earthquake-prone area and required preservation measures to obtain the permit for construction.

“The project is said to have relocated 7,300 people and is expected to displace around 50,000 people in the long-term.”

In 2009, it was decided that the dam’s height should be increased to 285.5m, which resulted in design changes and escalated the construction cost by around $250m. It also required the generation of about CNY10m in unauthorised funds.

The project is said to have relocated about 7,300 people and is expected to displace about 50,000 people in the long-term.

Contractors and finances behind Xiluodu Dam

Belt conveyors for the laying of concrete were supplied by Putzmeister. The belt conveyer used for the project is the Telebelt TB 110G.