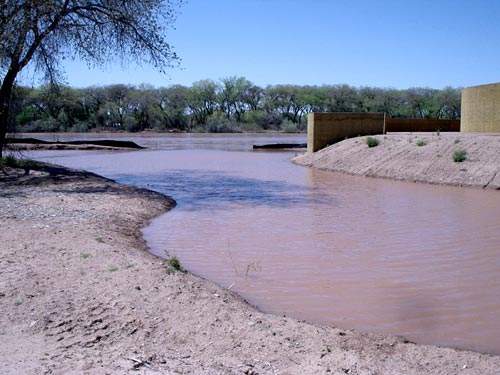 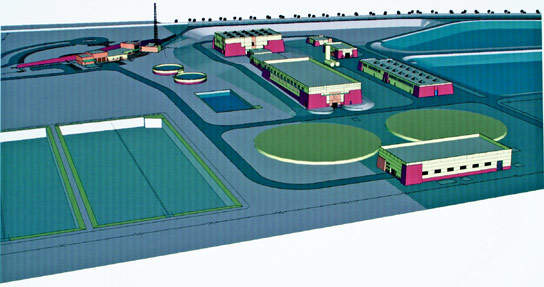 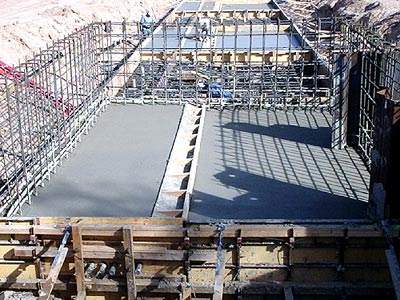 Work began on the $280 million project in August 2004, which also includes a new diversion dam and a network of associated transmission pipelines. 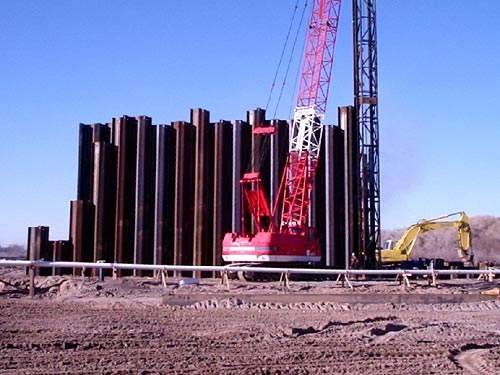 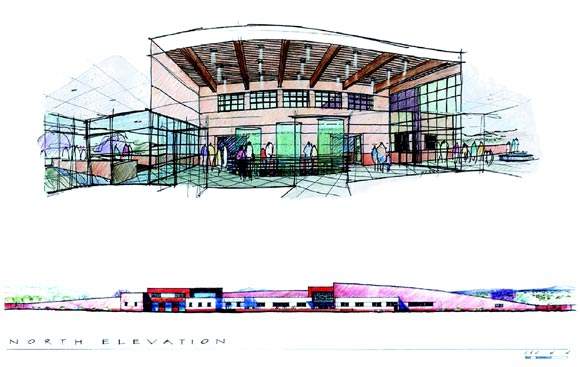 Architectural renderings of the front and north elevations of the new plant.

The treatment process at the new plant will be conventional. 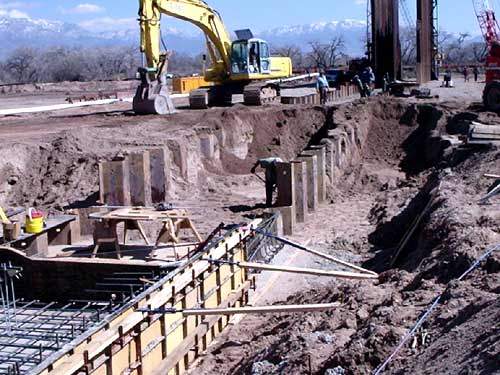 A 600ft-long adjustable height bladder dam is being built across the full width of the Rio Grande River, together with around 56 miles of large diameter pipeline. 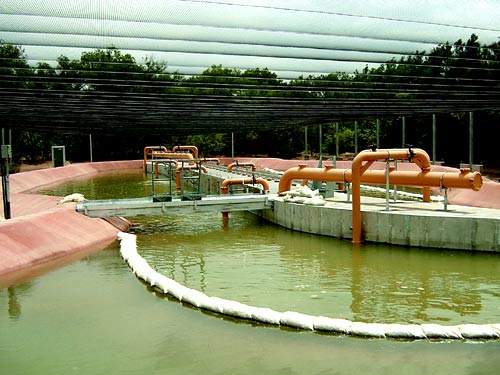 Part of the 'Refugium' the rearing and breeding facility for the Rio Grande Silvery Minnow, an indigenous endangered species. 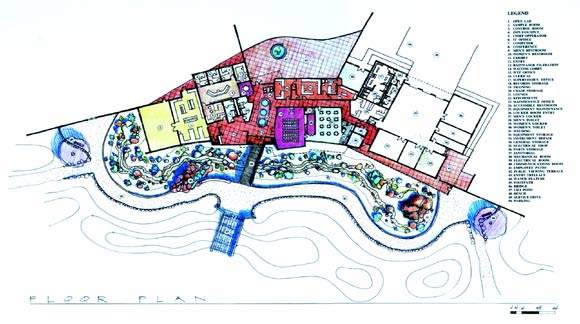 The San Juan-Chama Drinking Water Project in New Mexico was undertaken to supply up to 90% of the metropolitan area of Albuquerque with clean drinking water. The project was one of the six capital projects that formed part of the Albuquerque Metropolitan Area Water Resources Management Strategy which was adopted in 1997. The strategy intends to provide safe and sustainable water supply to the city up to 2060 and involves diverting surface water from the Rio Grande for purification, to replace the city’s current dependency on an increasingly depleted deep aquifer.

The project was completed in November 2008 with an investment of $400m. It involved the construction of a new water treatment plant with a capacity of 350,000m³/d on a 110-acre site near the Renaissance development, to the west of Interstate 25, and a 600ft long diversion dam at the Alameda Bridge, to the north-west of the city. The scheme also included providing new raw-water and treated-water pumping stations and new pipelines.

In 1922, the Upper Colorado River Compact – an agreement between Arizona, California, Colorado, New Mexico, Utah and Wyoming – set out the basis for the equitable division of water in the Colorado River basin.

Constructed some 40 years later, the San Juan-Chama Diversion captures part of New Mexico’s apportioned share and conveys it from southern Colorado, along 26 miles of tunnels, under the Continental Divide and into the Rio Grande Basin. The City of Albuquerque owns perpetual rights to 15 billion gallons of this, though historically it has been stored or leased and the municipality’s consumption met from aquifer extraction.

Responding to the need to guarantee a sustainable supply into the future, the City of Albuquerque adopted a new water resources management strategy in 1997; developing and maximising the use of the San Juan-Chama water was one of the key objectives. Other aspects involved the implementation of a groundwater protection plan, the promotion of water conservation measures, the use of recycled water for irrigation and seeking new sources of supply.

In June 2003 the New Mexico State Legislature created the Albuquerque-Bernalillo Water Authority, a joint agency for all of Albuquerque and the County of Bernalillo. 13 months later, the State gave final approval to the Drinking Water Project, setting conditions to ensure that the environmental impact of the scheme would be minimised.

Water from the diversion site at Alameda Bridge is pumped into two separate 190,000m³ pre-sedimentation ponds at the north of the site, which hold the screened raw water for about 24 hours.

From here the water flows to the plant’s main processing area, where coagulant is added to remove turbidity in a mixed Actiflow –type flocculation / clarification system. After a settlement period, the water then flows to the ozone contactors where organic material is oxidised and bacteria killed. Residual turbidity and any organic material remaining at this stage are removed by deep bed granular activated carbon and sand filters.

After the addition of chlorine and fluoride, the finished water flows to storage tanks from which it enters the water utility’s distribution network. Settled solids and sediments from the treatment process are held initially in drying beds before being trucked off-site for disposal or landscaping use.

To divert the water to the new treatment plant, a 620ft-long dam was built across the full width of the Rio Grande River. An adjustable height bladder dam, it is not more than 3ft high at its maximum extent, though in normal operation, there is less than 3in difference between the water level upstream and downstream of the dam. The construction comprised an intake screen to exclude fish from the pump station and a fish passage to provide a way through the dam.

There were also 15 separate transmission pipelines constructed as part of the project, amounting to the installation of some 38 miles of large diameter pipeline in total.

Work began on the project in August 2004, shortly after final project approval was announced, starting with the pipeline construction. Work on the diversion dam was started in January 2005.

Many of the environmental safeguards within the project’s permit – particularly relating to water conservation and planned reduction of average per capita water use – had already been embraced by the municipality in the 1997 management strategy. Other measures were imposed specifically to protect the Rio Grande, including ensuring that sufficient San Juan-Chama Project water is held in storage to offset effects of diversion and ceasing diversion when the river’s flow is reduced.

The Rio Grande Silvery Minnow is listed as an endangered species and warrants special protection under US law, which led to the project meeting with some opposition. In response to these concerns, the water authority has taken steps to ensure that habitat loss remains minimum and funded studies which enabled the design of fish passageways to be optimised, easing the minnows’ journey upstream to spawn.

In addition, the authority has also taken a major role in developing a rearing and breeding facility at the Albuquerque Biological Park, with the goal of releasing 25,000 young fish a year back into the river.

The Albuquerque Bernalillo County Water Utility Authority instigated the project and a number of consultants were involved in the various elements, including DMJM, Boyle, HDR, BHI and ASCG.