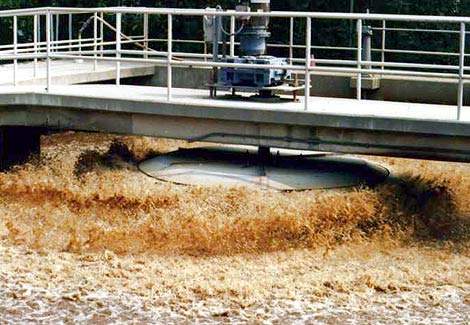 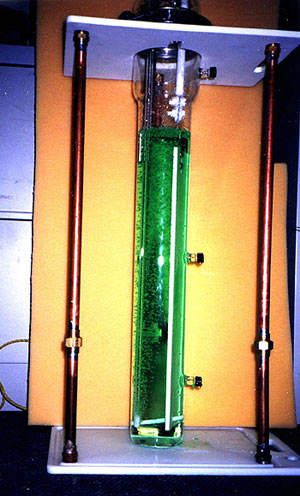 In common with the six other similar plants operated by the Metropolitan Water Reclamation District of Chicago (MWRDC), the Stickney Water Reclamation Plant – the world’s largest WWTP – is subject to a programme of continuous rehabilitation and upgrading.

Stickney WRP – actually two contiguous plants – dates from the 1930s; the western section came into service in 1930, the southwest section following nine years later. Charged with protecting Lake Michigan from pollution and serving a population equivalent of 10.1 million, MWRDC’s water reclamation plants process an average of 1.5 billion US gallons of wastewater each day. Ensuring the safe and uninterrupted operation of these facilities, while complying with existing and future regulatory requirements and maintaining efficient, cost-effective collection and treatment is a massive undertaking.

The 2006 round of capital improvement projects for Stickney and its service area alone approached $114m. Nearly $170m of improvements are already underway at the plant – some of which will not be completed until 2018 – and schemes worth a further $742,600,000 are under development, making the grand total for the current phase over $1bn.

Enhancing the overall management of solids forms a major part of the current programme, with improvements principally being made to increase efficiency and effectiveness.

All of the 24 digesters at the plant, together with their associated gas lines, were cleaned and repaired as required. Gas meters have also been installed. Future work will modify them to enable them to be operated on a sequential, batch basis to provide temperature-phased anaerobic processing, yielding class A biosolids. This will require twelve of the digesters to have their covers replaced and changes to be made to the existing sludge holding tanks, along with new heat exchangers, heat recovery units, steam injectors and pumping facilities.

Within the sludge concentration building, the three existing fine screens have been changed for heavy-duty versions and a portion of the belt conveyor upgraded to a shaft-less screw, a washer and compactor installed and the ventilation system replaced. In addition, a new effluent water tower has been built and a new car puller installed for the grit dewatering building.

The facility’s two-stage sludge thickening process is to be converted to a single stage approach and other modifications will increase the overall solids capture to enable a higher total solids concentration to be achieved ahead of the digesters feed. A new addition to the sludge thickening building will accommodate six new gravity belt thickeners, necessary to meet the flow rates predicted by 2040.

The sludge disposal building is scheduled for demolition and includes the removal of the remaining asbestos originally used in its construction, with the wall between it and the pump and blower house – itself receiving necessary structural repairs – being subsequently reinstated.

Perhaps the most significant element, however, is the recently awarded private sector contract to design, build and operate an on-site processing facility to deal with 150 dry tonnes per day of biosolids arising at the plant – roughly one-third of its total output. The enclosed system will dry and pelletise the solids, producing a class A product which is suitable for use as a fertiliser/soil enhancer. This will reduce disposal costs and transport liability, as well as lessening the facility’s potential for odour generation; currently, biosolids remain in on-site open-air drying beds and storage lagoons for up to eighteen months.

The Imhoff tanks installed at the plant have reached the end of their useful life. By converting them to circular primary tanks, conventional primary treatment will be provided, with the added benefit of increasing the amount of digester gas available for use by 15%. In 2004, when this aspect of the scheme was evaluated, the saving on bought-in natural gas was estimated at $700,000 per year. In addition, new preliminary treatment facilities are being installed at the plant to maintain current flood control and treatment levels. The circular settling tanks being constructed have the additional benefit of lower operational energy costs and maintenance requirements.

A process control centre has been created to improve plant efficiency, interfacing with the pre-existing computer control systems to manage the on-site liquid treatment and solids processing, together with the operation of the pumping stations and remote sites.

Other work includes the replacement of various electrical systems, switchgear, motor control centres and conduit cable, the rehabilitation of pumps and the upgrading of the rake arms and skimmers in the final clarifier collectors with stainless steel or galvanised components. A series of blower assemblies, dissolved oxygen probes, air handling units and associated systems are to be removed and replaced and a new raw influent pumping station constructed on the west side to replace the current ageing one.

A phased programme is also in place to repair and renew the ageing connecting and service tunnel system – much of which is over fifty years old.

“A phased programme is also in place to repair and renew the ageing connecting and service tunnel system.”

The Metropolitan Water Reclamation District of Chicago owns and operates the plant. Metropolitan Biosolids Management – a joint venture between Biosolids Management and Veolia Water North America Operating Services – was awarded the 20-year contract to design, build, own, finance, operate and maintain the biosolids drying/pelletisation facility. MWRDC Engineering Department will fund the capital cost portion of this contract and the
Maintenance and Operation Department will be responsible for operating costs.

Management and design services for the sludge treatment improvement will be provided by Earth Tech and watershed plan studies will be carried out by Camp, Dresser & McKee, CH2M Hill and MWH Americas for the Little Calumet, Calumet Sag Channel and Upper Salt Creek watersheds respectively.