Mongolian University of Science and Technology (MUST), Darkhan 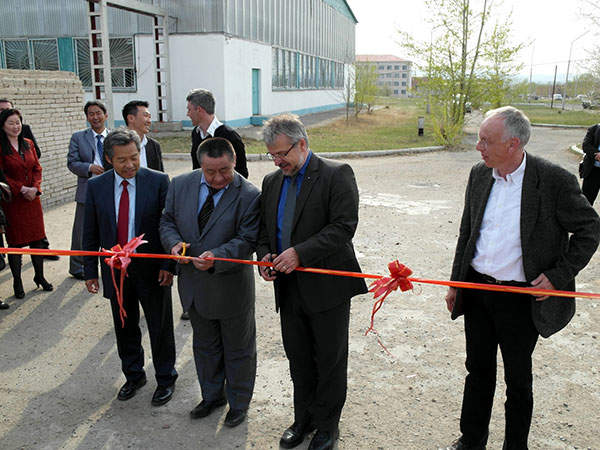 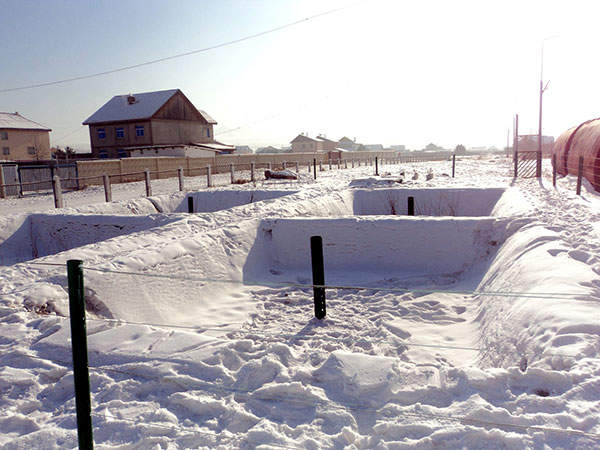 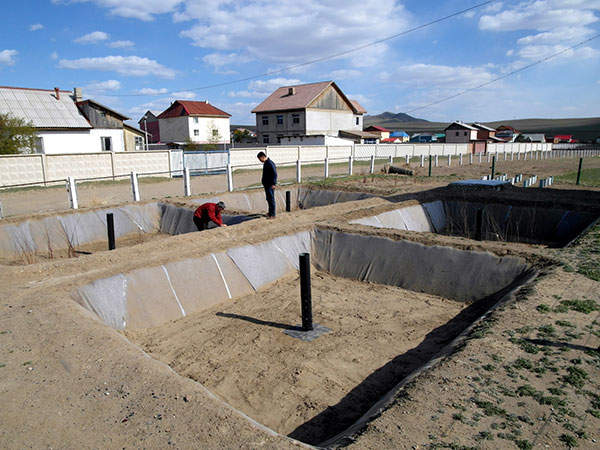 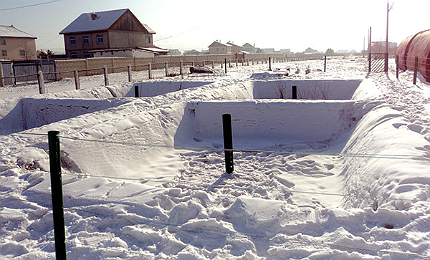 Researchers at the Helmholtz Centre for Environmental Research (UFZ) commissioned a pilot decentralised wastewater treatment plant in Mongolia in May 2012. The plant is located at the Mongolian University of Science and Technology (MUST), in Darkhan.

It is one of the five sites where UFZ undertakes research, demonstration and training activities on decentralised wastewater treatment and reuse (WWTR&R).

The MoMo project investigates the issues of deforestation, water scarcity and sanitation in Mongolia.

"The MoMo project for the most part is being funded by Germany’s Federal Ministry of Education and Research (BMBF)."

The harsh climatic conditions in Mongolia, which drift from very intense cold temperatures of -40°C to very dry seasons with sandstorms, necessitated the establishment of sound alternatives to harness the limited water resources within the country.

The weather conditions in the country hamper the functioning of conventional water treatment and waste disposal methods. The normal laying of pipes up to 4.5m below the surface was found to be uneconomical. Factors such as urbanisation and deforestation added more problems to the existing water and sanitary problems.

An initiative was therefore undertaken by enthusiasts from both Mongolia and Germany to find an affordable method of treating wastewater, while at the same time using the treated water to grow Willow and Poplar trees for enhancing the economy.

Locations improved by the UFZ facility

The project, which deals with the surrounding areas of the Kharaa River basin, primarily deals with the city of Darkhan and its neighbouring areas which, in recent years, have witnessed heavy deforestation, due to logging for industrial purposes and grazing. The area also receives minimal annual rainfall of 280mm.

The Kharaa basin covers an area of about 14,535 square kilometres, while Darkhan is the second largest city in Mongolia with a population of about 75,000 people. Rapid urbanisation within Darkhan and areas around the Kharaa basin pose severe problems to sanitation and waste disposal facilities.

The MoMo project, which tries to develop and implement IWRM, is being carried out in two phases. The first phase, which was carried out from 2006 to 2009, comprised of studying the aspects of the catchment area, development possibilities and strategies for management.

"The plant is located at the Mongolian University of Science and Technology (MUST), in Darkhan."

The UFZ’s wastewater treatment plant and integrated wood production project at Darkhan is part of the second phase of the project and will try to improve the scientific basis for the IWRM. It is scheduled to be carried out from 2010 to 2013.

The pilot treatment plant at MUST in Darkhan will pre-treat wastewater from small settlements and use it to irrigate Willow and Poplar trees, which again will be part of the whole treatment process. Issues related to groundwater and soil contamination are also taken into account.

The irrigated trees are capable of providing economic benefits. Additionally, the wastewater treatment cost will be minimised, as no secondary treatment process or separate components for winter storage will be required, as compared to conventional biological water treatment plants.

Financial support for the MoMo project

The MoMo project for the most part is being funded by Germany’s Federal Ministry of Education and Research (BMBF). Other financiers include participating small and medium enterprises (SMEs), with infrastructure and personnel provided by Mongolian counterparts.

Various researchers, organisations and departments related to the academia, administration and water sector from both Mongolia and Germany will be involved in creating an IWRM concept for the Kharaa basin.

World leaders and industry executives gathered at Rio+20 to discuss the global water crisis. They talked about the importance of clean water access and sanitation, as well as saving scarce resources, particularly in developing nations. But, what plans do governments and conglomerates have to tackle these issues?