12,056 acres in the western section of the Bronx and upper east side of Manhattan, New York City, US 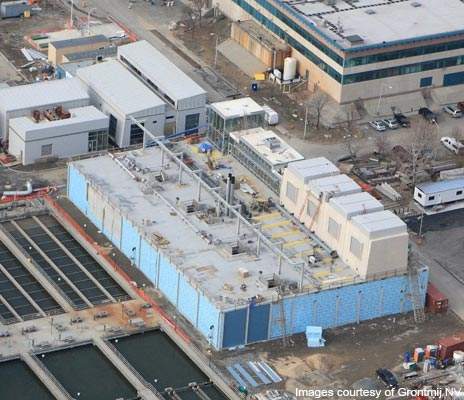 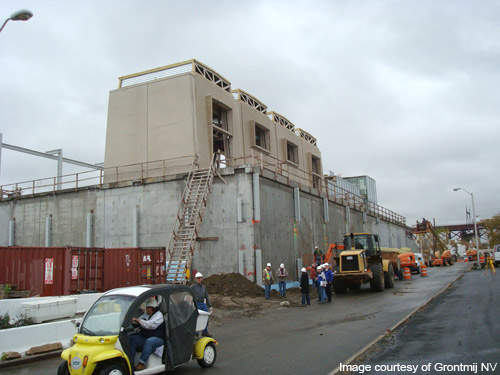 The plant serves dense populations in the western Bronx and eastern Manhattan regions and has an average dry weather flow capacity of 275MGD. 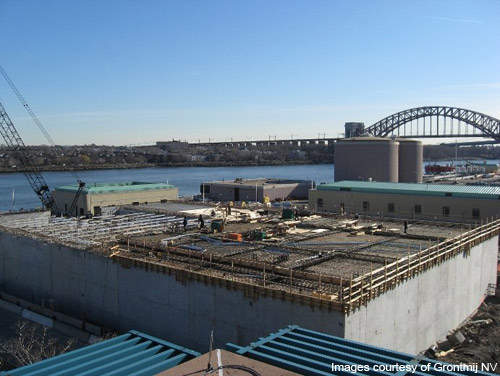 The plant was fitted with Stable High Ammonia Removal over Nitrite (Sharon) technology for the removal of nitrogen from wastewater.

Ward’s Island Water Pollution Control Plant (WPCP) is situated on Ward’s Island in the East River of Manhattan, New York City, US. The plant was built under the Robert F Kennedy Bridge and occupies about a quarter of Ward’s Island. It is the second largest of the 14 wastewater treatment projects in New York, after Newtown Creek.

The plant serves dense populations (about one million) in the western Bronx and eastern Manhattan regions and has an average dry weather flow capacity of 275MGD.

The plant was fitted with Stable High Ammonia Removal over Nitrite (Sharon) technology for the removal of nitrogen from wastewater in November 2009. Sharon is a compact and flexible technology that removes nitrogen from sewage water.

Ward’s Island WPCP plays a vital role in pollution control as part of the New York City Department of Environmental Protection (NYCDEP). The plant is the first to use conventional activated sludge for sewage treatment. The plant has undergone several upgrades such as masonry resurfacing and the installation of boiler and residual handling facilities and power supply systems since it started operating in 1937.

“The plant is the first to use conventional activated sludge for sewage treatment.”

New York City has developed a comprehensive nitrogen management plan and is working on innovative and environmentally-friendly technologies for the reduction of nitrogen discharge into Jamaica Bay and the upper East River. The NYCDEP is investing in a nitrogen reduction programme, which aims to make water pollution control plants around the city more sustainable by 2030. The WPCP dewaters anaerobically treated sludge from two other wastewater treatment plants in the area.

Dewatering sludge (biosolids) results in an ammonia-rich by-product called rejection water or centrate, which is introduced into the treatment process.

Nitrogen from WPCPs in the waters of Long Island Sound increases algae growth. Algae blooms lower the amount of dissolved oxygen in the sound, which can kill fish and marine organisms. Ward’s Island WPCP was upgraded as part of NYCDEP’s upgrade and rehabilitation programme.

Sharon technology was developed by Grontmij in the 1990s in collaboration with Delft University of Technology and Waterboard ZHEW, now known as Hollandse Delta Water Board, in an effort to reduce pollution in Dutch watercourses.

During the process nitrification and denitrification are used to remove nitrogen from centrate that contains high concentrations of ammonia. The centrate is produced at the plant’s sludge dewatering facility. The Sharon process at the plant has a load capacity of 5,000kg NH4-N (ammonium-nitrogen) removal per day, 40% of the plant’s total nitrogen load. It treats 1.85MGD of centrate per day.

The end product from the Sharon process is nitrite rather the nitrate, which is then converted to nitrogen gas. The process takes place in a single mixed reactor at an increased temperature from 30°C to 40°C. It does not leave any biomass.

The process saves 25% of energy due to lower oxygen demand and reduces the plant’s carbon footprint during denitrification. A feasibility study was conducted into removing nitrogen from rejection water using Sharon in 2003, which was followed by PO-55 pilot studies.

Pilot research showed the Sharon process had the potential to offer an efficient, environmentally sound and economically viable system. Construction of a demonstration plant for the Sharon process at the WPCP started in 2006 and was completed in mid-2009.

The project’s client is NYCDEP. The feasibility study for the Sharon project was conducted by Metcalf and Eddy and NYCDEP. Grontmij is the owner of the proprietary Sharon technology.

Sharon Systems, a joint venture of Grontmij and Mixing and Mass Transfer Technology (M2T Technologies), was responsible for process design, supply and the installation of mechanical and electrical equipment, and for commissioning and start-up. The general contractor of the work was Silverite and the subcontractor was Sharon Systems. The electrical installation was completed by Siemens. Work was supervised by Metcalf and Eddy / AECOM.