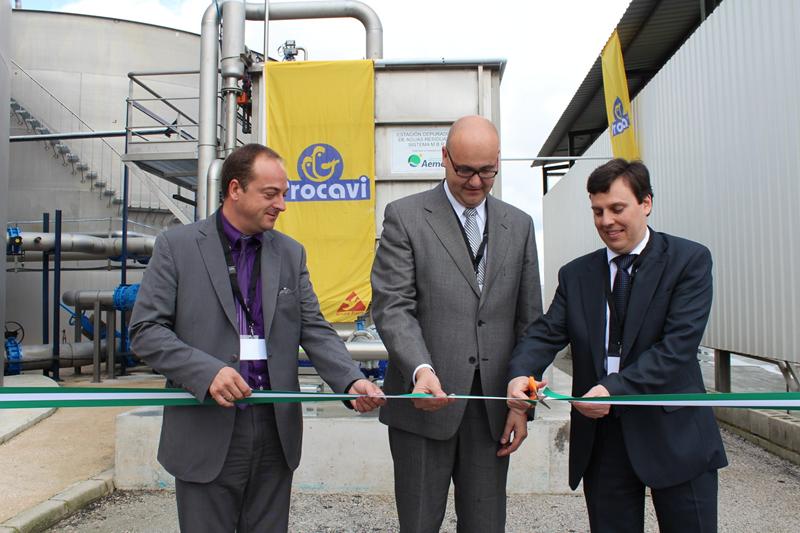 GE has commissioned its LEAPmbr* membrane bioreactor (MBR) technology at a wastewater treatment plant in the province of Seville, in southern Spain.

Procavi, a Spanish poultry processing firm, has deployed the technology in order to improve water quality as well as the water treatment capacity without any need for facility expansion.

Marking the technology’s first deployment in the region, the new system is believed to allow the plant to comply with wastewater discharge regulations and water quality standards in Spain as well as complement the rise in factory production.

Post-installation, the plant achieved capability to double its water production to 1,200m³ per day, which is equivalent to the daily water use of roughly 6,000 people, said GE.

The operator of the expanded Procavi’s treatment facility, Agua, Energia y Medio Ambiente, Servicios Integrales (AEMA), based in Spain, will use the new system to reuse the treated water for washing within the production facility and for irrigation.

The water discharged from the Procavi wastewater treatment plant will be released into the Corbones River, a tributary of Guadalquivir.

"Additionally, LEAPmbr was a cost-effective and energy-efficient solution that could meet Procavi’s expansion needs," said Martinez.

GE Power & Water general manager, engineered systems – water and process technologies Yuvbir Singh said, "When the Procavi poultry facility needed to expand its wastewater treatment plant, it had to take into account the reuse possibility, the region’s strict water discharge regulations, space limitations at the plant and its need for a cost-effective energy solution."