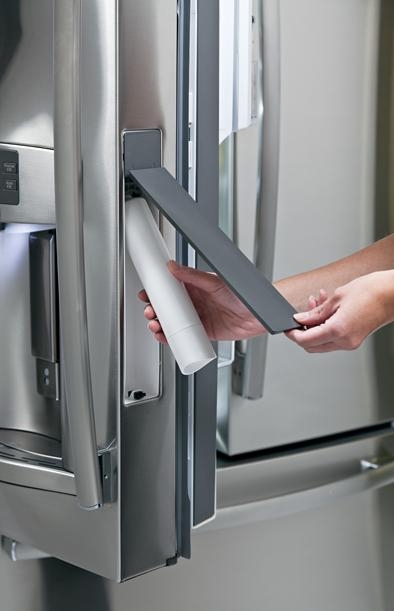 General Electric (GE) has developed a new water filtration system which is expected to remove 98% trace pharmaceuticals such as ibuprofen, atenolol, fluoxetine, progesterone and trimethoprim from water and ice.

The water filtration system is located on the door panel in the GE Profile and Café models, which are French door refrigerators.

The Stevenson company conducted a study for GE in 2010, which showed that protection of water supply was the most important environmental concern amongst consumers.

The study showed that nearly 10% of all community water systems that serve to over 23 million people violated at least one health-based EPA standard.

An Associated Press investigation of tests conducted by water suppliers all over the country also found low concentrations of various pharmaceuticals in drinking water, forming a cycle of trace pharmaceutical transfer.

Image: The French door refrigerators’ water filter is located on the door panel in the GE Profile and Café models. Photo: GE.