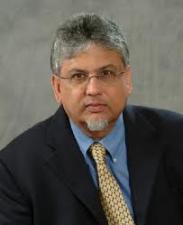 Trinidad and Tobago (T&T) has made a significant step forward in implementing its wastewater rehabilitation programme by sealing off a loan worth $546.5m from the Inter-American Development Bank (IDB).

T&T Minister of Planning and the Economy Dr Bhoendradatt Tewarie and IDB president Luis Alberto Moreno have signed on the first tranche of $246.5m.

Commenting on the agreement in the Trinidad Express, Luis Alberto Moreno said that the sum represents the largest loan offered by the IDB in any of the English-speaking Caribbean countries.

"The first phase that we are bringing today is very significant as it will increase access to wastewater collection and treatment services to a large segment of the population and therefore it will help decrease the uncontrolled discharge of untreated wastewater into the environment," Moreno added.

Proposed to be implemented over a five-year period in three phases, T&T plans to begin the first phase work on wastewater rehabilitation programme with the construction of two new and advanced wastewater treatment plants at San Fernando and Malabar.

Part of the loan is proposed to be spent on strengthening of the Water and Sewerage Authority, with overall focus on policy reforms and institutional reforms.

Minister Dr Bhoendradatt Tewarie was quoted as saying that the government will begin the remaining two phases soon after first phase completion.

"Phase two will involve another $100m and will focus on the continuation of the institutional strengthening of WASA and the integration of the sewerage work for the connection to the newly constructed wastewater treatment plants at San Fernando and Malabar," Tewarie added.

"And phase three, which will involve another $200m in loan financing, will finance the expansion of the wastewater collection system to move the entire population and various catchment areas through a centralised catchment base system."

According to estimates, only 30% of the country’s population has access to wastewater collection systems, with several systems abandoned or out of order.

Image: T&T Minister of Planning and the Economy Dr Bhoendradatt Tewarie signed the first tranche loan agreement with IDB. Photo: Courtesy of Government of the Republic of Trinidad and Tobago.