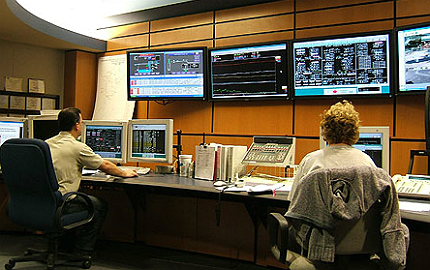 The two major drivers in the increasing demand for water in urban centres are the growing world population of around seven billion, expected to rise to nine billion by 2050, and an increasing urban concentration of the population: in 1900, just 13% of people lived in cities. Today this stands at more than 50% and is expected to rise to 70% by 2050.

These issues are compounded in many established cities around the world by ageing pipe networks. In London, for example, an estimated 40% of pipes are more than 100 years old, while in a survey conducted at the District of Columbia Water and Sewer Authority (DC Water), the average age of pipes was 76 years, with some pipes having been laid more than a century and a half ago.

"Other problems arise from not being able to visually inspect many of these pipes, as well as the cost pressures of maintaining the network," notes Robert Musgrove, a chartered civil engineer at IBM active management, focusing on smarter water as part of IBM’s smarter planet agenda.

"The growing need to do more with less in order to meet increased demand with adequate supply, led IBM to imagine a smarter, more affordable and sustainable approach to managing infrastructure."

IBM’s intelligent operations centre for smarter cities is a new solution designed to help cities gain a holistic view of information across departments and agencies. This allows cities to use information and analytics to make more timely decisions, helping local leaders manage a spectrum of planned and unplanned events.

"The same issues are faced across the board, from water, to energy, to public safety and other sectors. IBM’s software is being directed at providing an overall view of what is happening all over your city," expands Jamie Caffrey, an IBM client software professional working with clients with a particular focus on water.

Musgrove also notes that water and energy go arm-in-arm as fundamental building blocks for an urban environment: "The water and power grids make up the lifeblood of a city and any city looking to expand must make sure that these grids can cope with future stresses."

He highlights the Chinese city of Shanghai as one of the best examples of this forward planning, saying: "Shanghai has grown enormously since the 1990s, but they understood from very early on the need to provide the necessary water supply, wastewater treatment and sanitation to foster the growth of an environment attractive to commerce, industry and the population at large."

IBM’s Global Imaging Software (GIS) system allows the visualisation of assets, while there are also built-in route planning and optimisation capabilities. Assets or operations can be bundled, taking into account high priority orders and fitting in lower priority orders in their vicinity for work order optimisation. This proactive approach saves engineers time by minimising travel and pre-empting maintenance, as well as reducing labour costs.

As much as 60% of water is lost due to leaking pipes and, according to Musgrove, the key premise of smarter water and the whole smarter planet strategy is that the world is becoming increasingly more instrumented: "Lots of data is out there being collected, but interpretation of that information is needed, leading to business intelligence. It is all about understanding the data we already have at our fingertips."

Musgrove goes on to explain that water companies manage three things: assets, operations and customers. While in the past this was done using large, heavy-duty databases, people have recently begun to recognise the value of underpinning operations with a GIS map background to manage and optimise operations with real-time information.

Smarter systems provide benefits for both water companies and consumers by reducing the number of callouts, as well as call centre traffic, and focusing on a more preventative maintenance strategy.

Caffrey points to the DC Water case study as an excellent example of the impact GIS systems – via the integration and application of business analytics – are having since their implementation at the company in 2008.

""It is all about understanding the data we already have at our fingertips.""

"DC Water is now starting to look at data and integrate sources to change their process and improve productivity. For example, understanding the frequency of failure and studying the makes of fire hydrants allowed DC Water to deploy its workforce proactively to pre-empt hydrant failure."

He goes on to highlight further improvements made at DC Water as indicators of just how much can be achieved: "Through job scheduling optimisation, the company achieved a 20% reduction in petrol costs, while $3.8m of savings were generated from a better understanding of the location of leaks and the more accurate customer metering offered by an automated metering system (AMR)."

In addition to this, DC Water’s job scheduling optimisation produced an astounding 20% reduction in petrol costs. "A lot of these improvements are down to understanding data we’ve always had at our disposal but that can now be used to optimise processes," Musgrove explains. "For example, DC Water generated $3.8m worth of savings from a better understanding of the location of leaks and more accurate metering of customers via an automated meter reading (AMR) system."

"At the end of the day, water is a finite resource, so you need to weigh up and help balance that need across industry, the consumer population and other sectors," explains Caffrey.

"These issues are compounded in many established cities around the world by ageing pipe networks."

With this in mind, IBM’s sophisticated water management system is helping Sonoma County Water Agency (SCWA) meet California’s goal for all water agencies in the state to reduce water use by 20% by 2020. "The system uses a real-time collaboration platform to help balance agricultural, environmental and other needs in the Russian river water system (the primary source of water in the region), allowing SCWA to make better, dynamic decisions about resource allocation," Caffrey continues.

IBM big green innovations vice-president Sharon Nunes reinforces the system’s importance: "The ability to track and measure the water flow, along with the diverse elements that impact the system at such a granular level, arms SCWA and its stakeholders with a way to work together toward the common goal of ensuring adequate water for the region, now and for years to come."

Musgrove identifies everyday citizens as an increasingly valuable resource for supplementing a utility’s workforce. Creek Watch, a freely-available downloadable iPod app developed by IBM Research, empowers citizens to take pictures of waterway blockages and other problems, tag the location via GPS and report it to the local water authorities.

"Smarter systems provide benefits for both water companies and consumers by reducing the number of callouts."

Every update provides vital data on water levels, flow rate and the mount of rubbish on site, that local water authorities can use to track pollution, manage water resources and plan environmental programmes.

The California State Water Control Board is the first entity to partner with IBM, using Creek Watch to monitor the thousands of miles of creeks and steams across its jurisdiction, while the city of San Jose is already using Creek Watch data to prioritise pollution cleanup efforts on its waterways.

With more than 250,000 clients worldwide already using IBM predictive analytics to drive smarter decision making, Caffrey is certain this is part of a wider trend that will soon usher in an exciting new era for urban interaction: "IBM’s whole smarter planet concept revolves around the three I’s: people are Instrumented, with smart phones, meaning that cities are already Inter-connected, leading to greater and more widespread Intelligence. Information about urban systems will be brought together in one place, providing a holistic point of view to enable decision makers to run our cities more efficiently, cheaply and with a greater awareness of environmental considerations, for the benefit of all."

Latin America’s waterways have a massive but largely untapped potential to power large parts of the continent.