The desalination plant will be powered by polycrystalline photovoltaic arrays designed by KACST. Image courtesy of Advanced Water Technology. 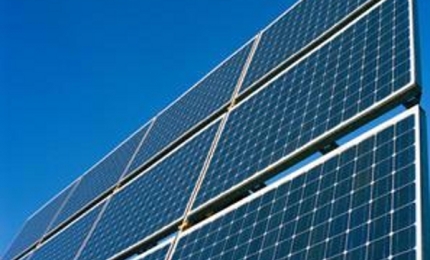 In January 2015, Advanced Water Technology (AWT) and Abengoa agreed to jointly build the solar-powered plant. AWT is the commercial arm of King Abdulaziz City for Science and Technology (KACST) and is owned by Saudi Company for Development and Technology Investment (Taqnia).

The plant is estimated to cost $130m and is expected to be completed by early 2017. It will supply 60,000m³ of desalinated seawater a day to the city of Al Khafji in north-eastern Saudi Arabia, providing a regular supply of water to the region throughout the year.

Construction on the plant is expected to be completed in approximately one year.

"It will supply 60,000m³ of desalinated seawater a day to the city of Al Khafji in north-eastern Saudi Arabia, providing a regular supply of water to the region throughout the year."

The desalination plant will include a dissolved air flotation unit (DAF) system, a second-stage ultra-filtration unit (UF), chemical-dosing systems, a reverse-osmosis (RO) unit, and storage tanks for carbon dioxide (CO²), chlorine and lime, as well as a centralised control room for power and water.

The RO unit will be divided into six RO trains, which will allow optimum usage of variable solarpower levels.

The membranes will be highly resistant to chlorine, salt blockage, and accumulation of bacteria in the RO membrane. The plant will also feature a system to optimise power consumption and a pre-treatment phase to reduce the high levels of salinity, oils, and fats in the region’s seawater.

All motors will be controlled with variable frequency drives (VFD) to allow high-variability of operational capacity.

Details of the solar power plant

The Al Khafji desalination facility will incorporate an ultra-high concentrator photovoltaic (PV) plant to supply power for the desalination plant. The usage of renewable energy will reduce operational costs and harmful gas emissions.

Water production will be increased during peak power supply from the PV plant. Tracking technology installed at the plant will further maximise the availability of solarpower.

Filtration of seawater in Saudi Arabia’s Eastern Region is a complex process due to high salinity, the presence of oils and greases, sea shallowness, seasonal red tides, and jellyfish. The Al Khafji SWRO desalination plant will use ultrafiltration (UF) during pre-treatment and RO to remove dissolved impurities and salts from the ocean water. The pre-treatment technology will prevent clogging of the RO membranes.

The SWRO process forces seawater through a polymer membrane using pressure to remove salt. The seawater will pass through an intake tower, where a Jellyfish filter is installed. A 6km pipeline will carry the raw water to the new solar-powered desalination plant for further treatment.

A dissolved air flotation (DAF) system will remove oil and other solids from the raw water. This process includes mixing air with water under pressure and releasing at atmospheric pressure in a floatation tank or basin, which results in the formation of tiny bubbles. The suspended matter clings to the air bubbles and floats on the surface of the water from where it will be removed using a skimming device.

The UF employed in the second stage will also remove marine organisms and other contaminants from the water.