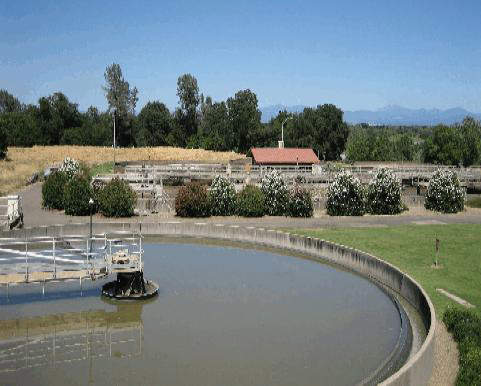 The existing plant has served the city of Redding in its present form since 1979. The current project is the second rehabilitation of the works and will provide a modern wastewater treatment facility designed to meet the city's needs up to 2025. 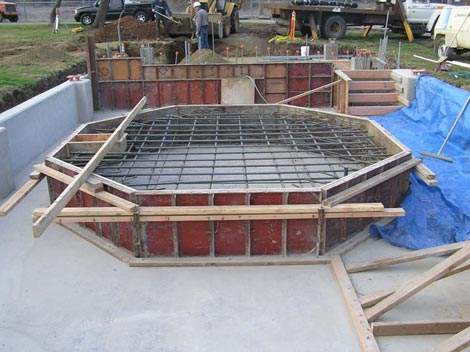 The ferric chloride tank during construction – part of the opening stages of phase one, which was completed in October 2007. 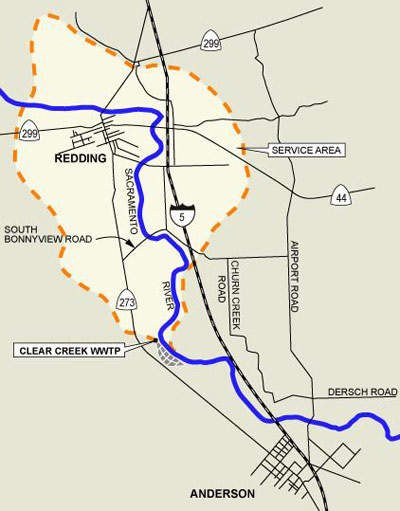 Simplified map showing the location and service area of the plant. 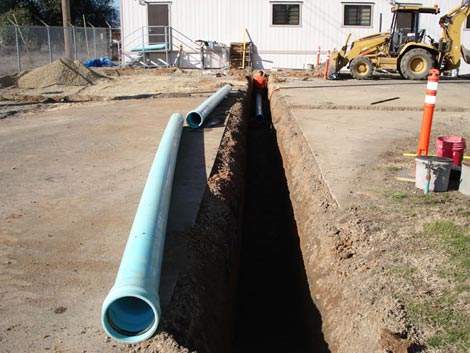 The new eight-inch water pipe being installed. Phase two will also see the installation of a tie-in to the city's potable water supply and a new outfall is scheduled for construction as part of phase four.

The chemical resistant coating applied to the ferric chloride foundation within the new chemical facility. 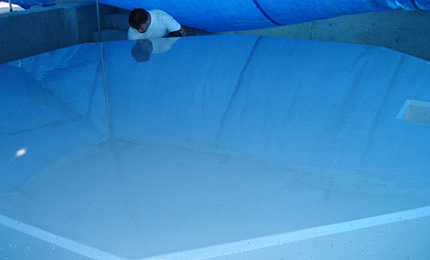 Scheduled for completion in 2013, the major rehabilitation and expansion project currently underway at the Clear Creek WWTP will provide the city of Redding with a modern wastewater treatment facility that’s able to meet expected demand up to 2025.

Treatment capacity at the plant will ultimately be increased to 151,500m³/day – more than doubling the current maximum peak flow – and energy efficiency will be improved.

The total cost of the entire project is anticipated to be around $71m.

"Solids are digested and then dewatered in large drying beds before being transported off-site for disposal."

The original plant was constructed in 1966 and underwent upgrading and expansion in 1977, to accommodate a dry weather flow of 33,000m³/day from May to October and a peak 62,000m³/day wet weather flow during November to April.

Filtration of the clarified effluent uses sand and crushed coal media, with chlorine being added for disinfection, followed by sulphur dioxide to neutralise the remaining chlorine prior to discharge to the Sacramento River.

Solids are digested and then dewatered in large drying beds before being transported off-site for disposal.

Having served the city since 1979 in its present form, the ageing works has now reached its design capability, leading the city to instigate the current project to rehabilitate the plant and extend its treatment capacity to meet the demands of the predicted future wastewater flows. Work began on the project towards the end of October 2006 and will be completed in seven phases, finally scheduled to finish by 2013.

Also during this phase the two mechanically cleaned influent bar screens were replaced with new fine screen units, with an associated sluice and new processing equipment installed to wash, dewater and subsequently compact the screenings.

A new influent wastewater pump was also installed, along with a new biofilter system to control odour. The existing belt conveyor was demolished. A new chemical storage and feed facility was built, the existing chlorine and sulphur dioxide storage arrangements were renovated and a new toxic gas scrubber system was installed.

"The total cost of the entire project is anticipated to be around $71m."

Started in September 2007, phase two involved refurbishment of one of the facultative sludge lagoon ponds, the construction of a new access-way and the installation of a tie-in to the city’s potable water supply.

Phase four, which commenced in May 2008, involved expansion of the plant’s diffuser and the construction of a new outfall and associated building work.

Phase five followed in July 2011, principally involving the conversion work to some of the existing ponds. One was converted to two wet weather storage ponds, another was turned into lined facultative sludge lagoons and two more were converted into drying beds. The works under this phase also include the extension of the filtration system and construction of a new digester. Phase five is scheduled for completion in April 2013.

The final phase will involve building the new administration building and laboratory, together with rehabilitation of the non potable water system. Construction works for phase seven started in October 2012.

The plant is owned by the city of Redding and operated by its wastewater utility. CH2M Hill is acting as the construction manager and engineer, with TICO Construction being the main contractor for the project. Project funding is being provided by city wastewater revenues and low-interest loans from the California Water Resources Control Board’s State Revolving Fund.

The contract for phase six rehabilitation and expansion project was awarded to Auburn Constructors.