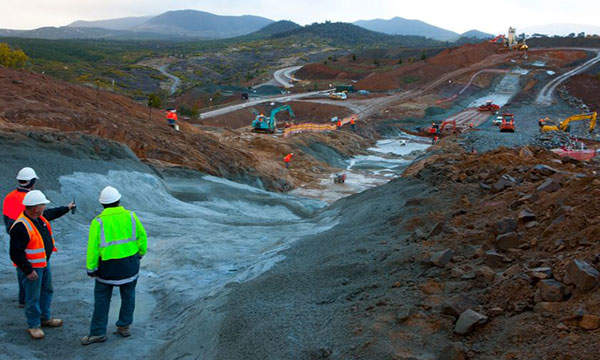 The Enlarged Cotter Dam was built by Bulk Water Alliance, which is comprised of ACTEW, ActewAGL, GHD, Abigroup and John Holland Group. 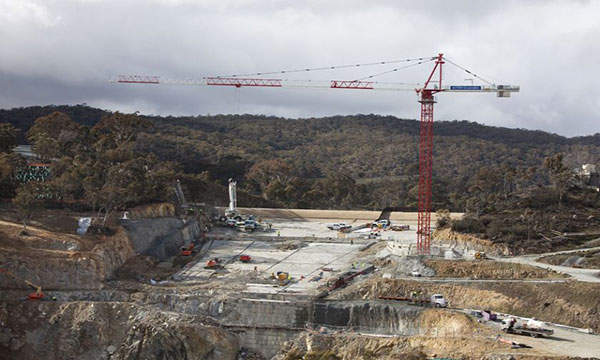 The tower cranes used for lifting the materials were bolted to the rock for safety and to enable the lifting of heavy materials. 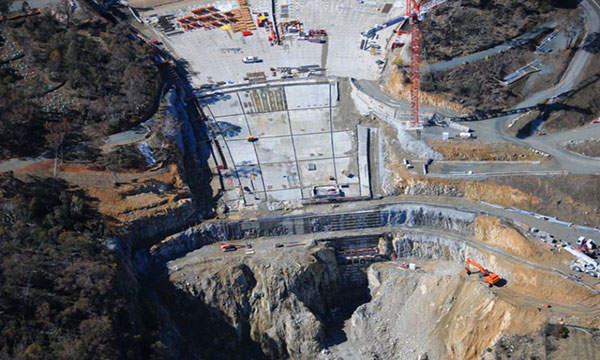 Up to 500,000t of concrete was used for the construction of the enlargement of the Cotter Dam. 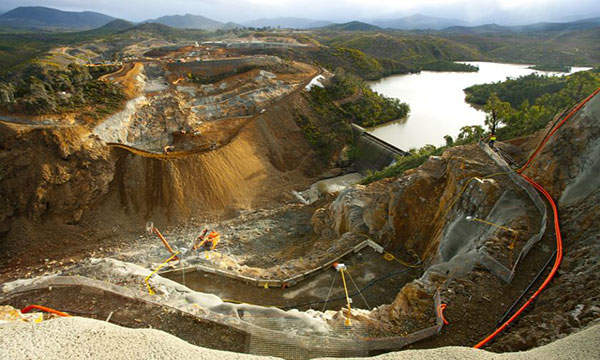 The enlargement of Cotter Dam ensures a secured water supply to the ACT region. 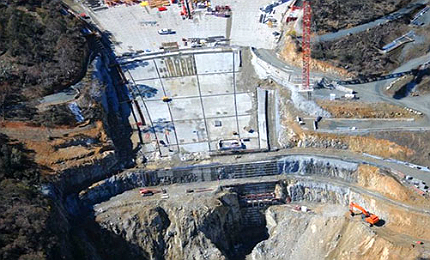 It was one of the four water projects being undertaken by Bulk Water Alliance in Australia. The new dam serves the city of Canberra and the neighbouring areas located within the ACT.

Bulk Water Alliance is an alliance, formed by Australian Capital Territory Electricity and Water Corporation (ACTEW) and ActewAGL, with three private companies (GHD, Abigroup and John Holland Group). The alliance was formed with the purpose of developing four huge water supply projects in the ACT. ActewAGL is in itself a joint venture between ACTEW and Australian Gas Light Company (AGL).

"The new dam serves the city of Canberra and the neighbouring areas located within the ACT."

Final approval for the construction of the $363m Enlarged Cotter Dam project was obtained in October 2009 and construction works began in November 2009. The dam was reckoned for a June 2011 opening, but delayed due to flooding and unexpected geological conditions at certain areas within the project site.

The dam reached its full height of 80m in December 2012 and began impounding water in February 2013. It was officially commissioned for operations in October 2013.

The Enlarged Cotter Dam is recognised as the largest roller compacted concrete (RCC) dam and the third largest concrete gravity dam in Australia. Water from the dam is pumped to the nearby Stromlo Water treatment plant. The treated water flows by gravity to several reservoirs in Canberra.

Need for the Enlarged Cotter Dam in the ACT

Construction of the Enlarged Cotter Dam was necessitated by the serious drought conditions within the ACT during the last few years. ACT experienced the worst drought conditions in 2009. The Cotter Dam, built in 1912 with a capacity of four giga litres (GL), had remained unused for several years. The new enlarged dam increased the holding capacity of the reservoir to 78GL.

The design of the dam incorporated measures to reduce green house emissions during construction and a fish management programme to enable migration upstream. A seven kilometre-long fish habitat was also constructed to save the endangered Macquarie Perch.

Construction of the largest RCC dam in Australia

The new dam is built downstream of the existing Cotter Dam. A geotechnical investigation, which was carried out on the project prior to the commencement of the construction works, won the Engineering Excellence Award for Geotechnical Investigations in 2009. It comprised of diamond core drilling, testing of rock samples, seismic refraction surveys, mapping and other ancillary activities.

"Final approval for the construction of the $363m Enlarged Cotter Dam project was obtained in October 2009."

Two saddle dams were also constructed as part of the Enlarged Cotter Dam project in February 2011. They were embankment dams with a height of about 22m and width of 250m. They were built using clay, sand and rock. The main foundation for the auxiliary dams was surfaced with steel fibre reinforced shotcrete.

Construction equipment, such as jackhammers and tower cranes, were used at the site. Other notable facilities at the project site include conveyer belts, two batching plants for manufacturing RCC and a crushing plant capable of processing 500t of rock an hour.

The design and geotechnical works for the project were carried out by GHD, while the construction activities were handled by Abigroup and John Holland Group. Concrete footings and slabs were built by Sugrue Civil.

"It was one of the four water projects being undertaken by Bulk Water Alliance in Australia."

The Googong Dam Spillway Upgrade consisted of repairing the eroded sections of the dam and extension of the spillway walls. The upgradation, which was completed in December 2010, increased the dam’s water passage capacity 105,000 cubic metres a second.

The Murrumbidgee to Goolong Pipeline project involved the laying of a 13km underground pipeline from Murrumbidgee to Burra Creek in New South Wales (NSW). The water from the pipeline is drained into the Goolong Reservoir. Construction works on the pipeline began in early 2011 and were completed in August 2012.

The construction works for the Cotter Pumping Station consisted of installing four new pumps, rearranging the two existing pumps, installation of new pipeworks and the construction of a rock weir.

The construction of the Burnett Dam, the central element of a controversial AUS$200m infrastructure improvement programme, began in November 2003.