US Bureau of Reclamation, US Army Corps of Engineers 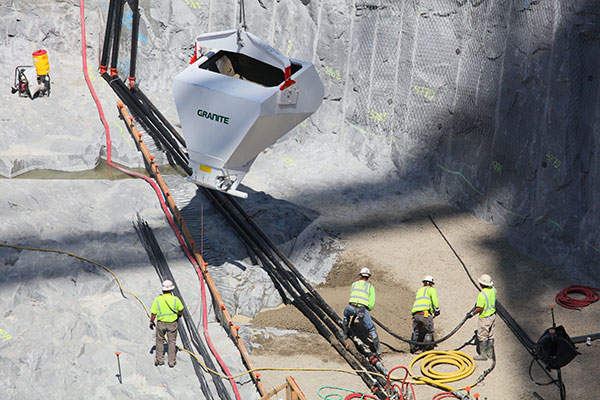 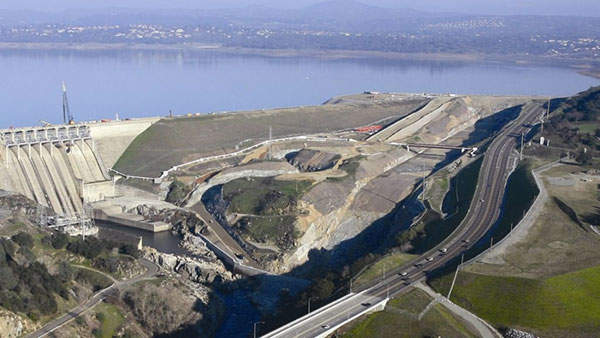 The first phase of the Folsom Dam JFP also witnessed the construction of the haul roads. Image courtesy of Reclamation and USACE. 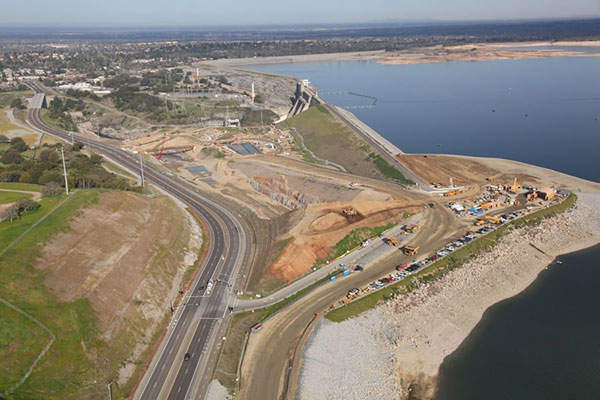 The construction site at the Folsom Dam. Image courtesy of Reclamation and USACE. 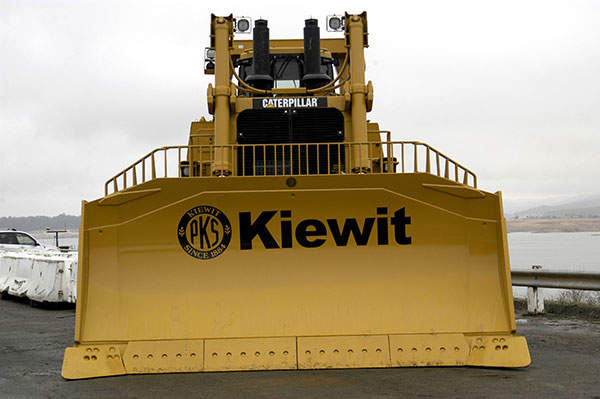 Kiewit carried out the first and second phases of the Folsom Dam joint federal project. 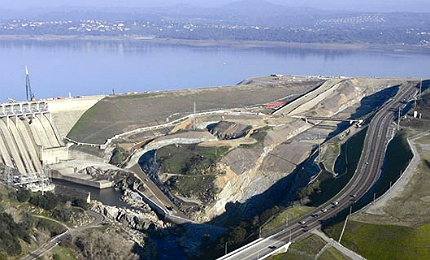 Folsom Dam Joint Federal Project (JFP) is a collaborative project worth $962m, being implemented by the US Army Corps of Engineers and the US Bureau of Reclamation. The project primarily comprises of constructing a new auxiliary spillway to increase the flood protection capacity of the Folsom Dam to a one in 200-year level.

The other two partners involved in the project are the Central Valley Flood Protection Board (CVFPB) and the Sacramento Area Flood Control Agency (SAFCA).

The project forms part of the larger Federal Central Valley Project. Construction of the Folsom Dam JFP commenced in 2008 and is scheduled for completion in 2017.

The dam was primarily constructed to regulate flows in California’s American River, for flood control and releasing water from the reservoir for irrigation, power, municipal, industrial, fish and wildlife. The dam also provides recreational space.

The current joint federal project is being implemented with the aim of reducing hydrologic (flood), seismic (earthquake) and static (seepage) risks for Sacramento citizens living downstream of the dam.

"Construction of the Folsom Dam JFP commenced in 2008 and is scheduled for completion in 2017."

Folsom Dam is a concrete gravity dam located on the American River in northern California. It was constructed between 1948 and 1956.

The dam measures 100m in height and 430m in length. The reservoir created by the dam creates the Folsom lake with a capacity of 1.38 million m³ covering a catchment area of 1,875m² and a surface area of 4,830ha.

A power station located in the northern part of the dam has an installed capacity of 198.7MW with three Francis turbines. It generates about ten percent of the local hydropower needs.

The dam also incorporates two earthfill wing dams, the Mormon Island Auxiliary Dam and a spillway divided into eight sections with a combined capacity of discharging 567,000 cubic feet per second.

The project is being carried out in phases. The first two phases comprising of excavation works at the project site were completed in January 2011. It involved excavation of 2.5 million cubic yards of material from the spillway and construction of haul roads, staging and batch plants and ancillary infrastructure.

"Folsom Dam is a concrete gravity dam located on the American River in northern California."

Concrete placement works for the control structure of the auxiliary spillway commenced in May 2012. The spillway will comprise of six gates located about 50ft below the main dam.

Phase four will comprise of constructing a spillway chute measuring about 3,000ft and a stilling basin which will control the flow of water. It will also comprise of laying the concrete approach walls and excavation of more than one million cubic yards of earth and rock.

The final phase will involve the construction of an approach channel measuring 1,000ft to connect the auxiliary spillway to the reservoir. Other ancillary activities for the project will include installation of the electrical, security and operational control systems.

The project will also witness additional works carried out on various structures, such as the main concrete dam, the Mormon Island Auxiliary Dam and the left and right wing dams to protect them from seismic risks.

The contract, worth $16m to carry out the first and second phases of the project, was awarded to Kiewit. The contract worth $125.9m to construct the control structure for the new auxiliary spillway was awarded to Granite Construction Company.