An overview of the Harbour Area Treatment Scheme (HATS) Stage 2A.

The expansion works will serve a population of five million on both sides of the harbour. Image courtesy of Arup.

HATS is one of the largest ever sewerage infrastructure projects in Hong Kong. Image courtesy of Arup. 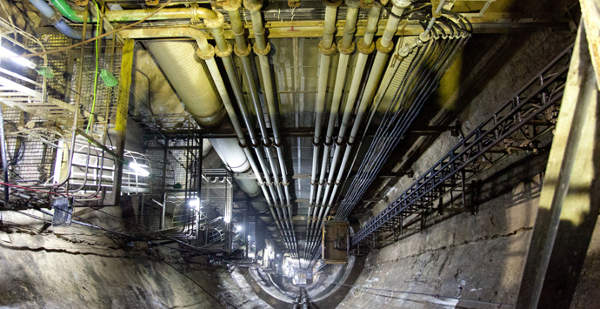 The detailed design and construction supervision services for the sewage conveyance system are being provided by Aecom. Image courtesy of Aecom.

The construction works for the upgradation of the STW commenced in June 2011. 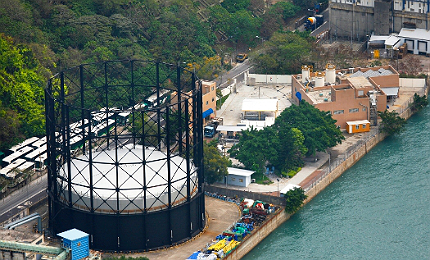 Harbour Area Treatment Scheme (HATS), earlier known as the Strategic Sewage Disposal Scheme, is a huge project being implemented by the Drainage Services Department of Hong Kong. The project, which is expected to serve about five million people, is primarily aimed at improving the water quality of Victoria Harbour in Hong Kong for marine life.

The project is being implemented in two main stages, with the first stage completed in 2001. The second stage is subdivided into Stage 2A and Stage 2B. Stage 2A is currently underway and is expected to be completed by 2016. Stage 2B will upgrade the plant to incorporate biological treatment for all flows from the STW.

"The project is being implemented in two main stages, with the first stage completed in 2001."

The upgradation of Stonecutters Island Sewage Treatment Works, located on reclaimed land covering ten hectares, forms the core of Stage 2A. The upgrade works for the plant are being carried out by a joint venture (JV) of Sun Fook Kong (SFK) and Biwater under a contract worth HK$2.38bn ($306m).

Details of Stage 1 of the HATS

Stage 1 of the project, which started in 1994, involved the construction of segmental lined tunnels measuring 23.6km in length and lying 130m below sea level. Sewage from the Kowloon urban area and the north-eastern areas of the Hong Kong Island were conveyed to the new Stonecutters Island STW through the tunnels.

The phase also included the construction of an interim submarine outfall measuring 1.7km in length to the western approach of the Victoria Harbour and upgrade of the seven existing preliminary treatment facilities. This phase of the project was completed in December 2001.

Details of Stage 2A of Hong Kong’s water project

The HK$19bn ($2.44bn) Stage 2A involves the construction of a main undergound pumping station, expansion of the existing chemically enhanced primary treatment tanks, provision of disinfection facilities and installation of a computer control system and other ancillary facilities. The construction works for the upgradation of the STW commenced in June 2011.

"The project, which is expected to serve about five million people, is primarily aimed at improving the water quality of Victoria Harbour."

The phase also involves the extension of the conveyance tunnel by a further 21km to transfer sewage from the remaining parts of Hong Kong Island. The depth of the tunnels ranges from 70m to 165m below sea level. The tunnels are being constructed using the drill and blast method.

The new pumping station will be installed with eight 2.2MW sewage pumps with a pumping capacity of 32m³/s.

The construction of an effluent tunnel measuring 880m in length and 8.5m in diameter, including the disinfection facilities for the treatment plant, was awarded to the joint venture of Continental Engineering Corporation (CEC) and Chun Wo. The contract is worth HK$680m ($87m).

Gammon constructed nine kilometres of conveyance tunnels for Stage 1 of the project. The company is also involved in the construction of three tunnels with a combined length of 12km and eight shafts for Stage 2. A contract to supply total plant automation solution for the STW has been awarded to ABB.