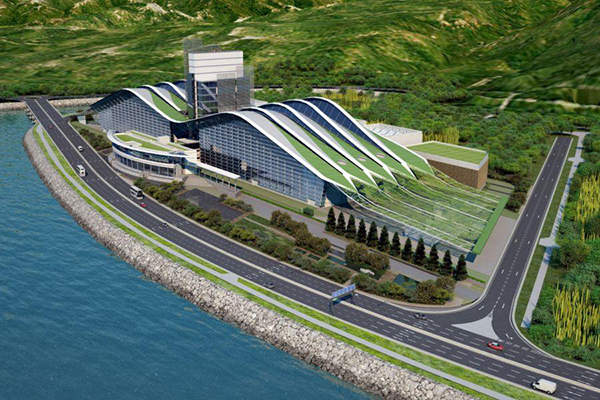 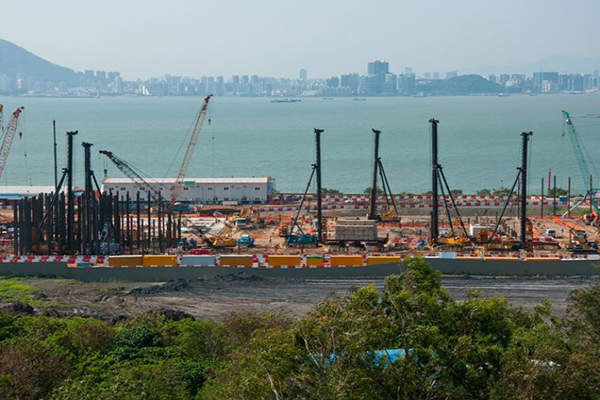 Construction on the world's largest sludge treatment facility was officially completed in May 2016. Image courtesy of Leighton Holdings. 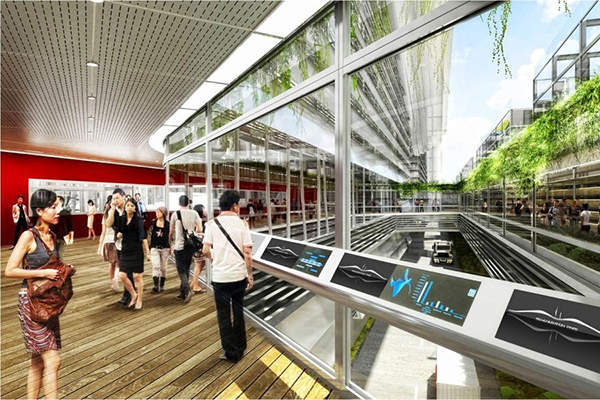 The project also involved the construction of an environmental education centre. Image courtesy of Arup. 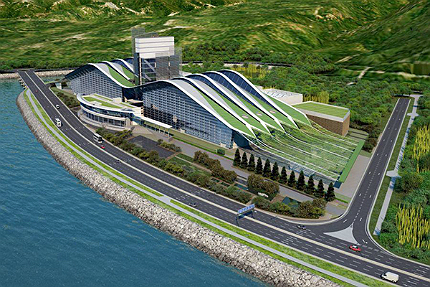 Construction works for the facility commenced in 2010 and were completed in two stages. The first stage was completed in April 2015, followed by the second in May 2016.

The project was implemented by the Veolia-Leighton-John Holland joint venture (JV) with an overall investment of $660m. A detailed evaluation of the project was earlier carried out by AECOM. The plant is operated jointly by Veolia Water and Veolia Environmental Services under a 15-year contract.

The facility has a sludge treatment capacity of 2,000t a day and is also capable of generating 20MW of electricity.

Purpose of the Sludge Treatment Facility

The sludge treatment facility was built to tackle the increasing amount of sludge being generated from the city of Hong Kong. The proposal for the project was announced in 2007.

The estimate of sludge disposal from the city then stood at 900t a day, which was expected to increase to 2,000t a day following the completion of another major project in Hong Kong, known as the Harbour Area Treatment Scheme (HATS) Stage 2A by 2016.

The new plant primarily collects sludge generated from the Stonecutters Island Sewage Treatment Works and ten other wastewater treatment facilities in Hong Kong. It incinerates the sludge, alleviating the city from the continuing sewage sludge disposal problem and reducing the increasing number of landfills in and around the city.

"The sludge treatment facility was built to address the increasing amount of sludge being generated."

The sludge treatment building design incorporates a wave-form structure. The plant is equipped with flue gas treatment lines. It also witnessed the construction and installation of steam-producing incinerator boiler furnaces, which drive the turbines to convert the steam into electricity.

A seawater desalination plant with a capacity of 600m³ a day is also constructed to meet the potable water needs at the plant site. The facility is also equipped with a wastewater treatment plant to eliminate discharges into the sea.

An environmental education centre was built, incorporating a visitor’s gallery and a viewing platform, lecture theatres, an exhibition space, indoor spas, coffee and gift shops, outdoor gardens with foot baths and water features for public use, as well as a habitat for water birds.

The plant applies the incineration technology for the treatment of sludge. The treatment process involves the burning of organic substances found in the sludge and converting them into ash, flue gas and heat. Incineration of sludge takes place in fluidised bed incinerators, where technology involved evaporates all water content in the sludge and burns 90% of the remaining solid component.

The principal design works for the facility were provided by Arup, under a contract awarded in March 2011. The company also acted as the civil, structural, geotechnical and power generation designer during the tendering stage of the project.

"It is expected to generate €20m ($25m) in annual revenue through sales of the surplus power."

The heat exchanger bundles for the air-cooled condenser were supplied by Hamon and the bundles were shipped by Celtic China Group.

The fabrication, delivery and erection of steel structures to support the silos and turbine were carried out by Ho Wah Steel Engineering.

The building design was provided by Vasconi & Associates and developed by P&T Architects & Engineers. The building information modelling services for the project were provided by Bentley.