Hutto South treatment facility will be built in two phases each with a 2mgd treatment capacity. Image: courtesy of Nigel Wylie.

Construction on the Hutto south Wastewater Treatment Plant (HSWWTP) will be completed by June 2015. Image: courtesy of K Friese & Associates.

HSWWTP is being built to meet the present and future needs of the Hutto region. Image: courtesy of Billy Hathorn. 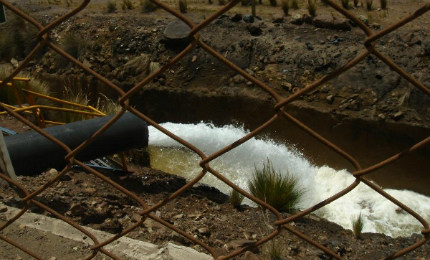 The Hutto South Wastewater Treatment plant (HSWWTP) is being built to meet the future wastewater treatment demands of the city of Hutto in Texas, US. An Austin-based engineering consulting firm, K Friese & Associates (KFA) has been appointed to design and build the new wastewater treatment facility with an estimated investment of $21.3m.

Hutto City Council (HCC) approved the plan to build a WWTP with a capacity to treat two million gallons of wastewater per day (mgd), in February 2013. Construction work on the new plant started in the same year, and it is expected to be finished by June 2015.

The need for a new WWTP was first identified in 2006 but the decision was postponed due to a decline in population growth.

Construction of the HSWWTP was undertaken to treat growing volumes of sewage which are expected to exceed the existing plant’s capacity of 1.5mgd by 2015. The existing wastewater plant has already reached up to 80% of its treatment capacity.

HSWWTP is being built to meet the present and future needs of the region and also to control wastewater flow projections, noise, odour, and minimise the impact on the environment.

SAWS was groundbreaking for its brackish groundwater desalination (BGD) project in South Bexar County. Phase one of the project is slated for completion in 2016.

The city had three options to improve its wastewater treatment capacity. The first option was expansion of the existing plant facility and the second was a three-phase project to add three treatment plants. Each of the first two plants would have the capacity to treat one million gallons of water per day, while the third plant would be built with a capacity of two million gallons of water per day.

The third option was the two-phase project with each phase delivering a treatment capacity of two million gallons of water per day.
KFA said the expansion of the existing plant facility would cost, on average, $8.4m and would include purchasing additional property, as well as restrict the scope of further expansion.

The three-phase project would involve the immediate construction of one plant, another by 2017 and the last one in 2020.

The two-phase project was the preferred option and was finally approved by the Hutto City Council.

"The existing wastewater plant has already reached up to 80% of its treatment capacity."

The treatment plant is being built in two phases. The first phase comprises of constructing a 2mgd plant which will be commissioned for operations in June 2015, followed by another plant of the same capacity to be built by 2026.

The WWTP will be constructed assuring no lights are pointed towards the neighbouring subdivisions. A line of trees are proposed to be planted at the southern side of the plant facility to conceal the view of the treatment facility.

The city of Hutto will design and construct the wastewater force main from the enclave lift station and also perform improvement works at the lift stations.

H R Gray was contracted to provide professional construction management services for the HSWWTP. Oncor Electric Delivery Company (Oncor) has been contracted to supply electric power to the HSWWTP facility. Oncor has a distribution line along FM 1660 South to the front of the WWTP site. The city has signed a Facilities Extension Agreement (FAA) under which it will pay Oncor for building the necessary infrastructure for power transmission to the project site as well as the operation and maintenance of the extension.

The pump stations at the treatment facility were supplied by T Morales Company.