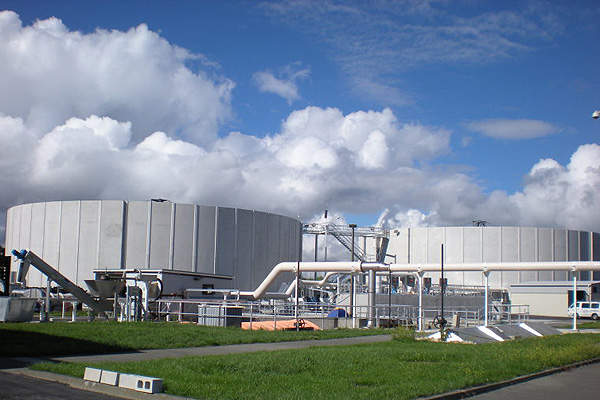 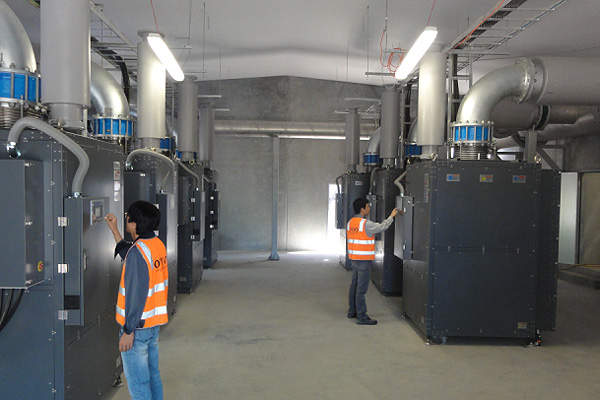 The Invent turbo blowers supplied by JIPL are originally designed by K-Turbo. Image courtesy of JIPL. 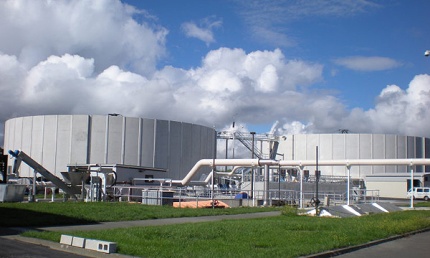 The upgrade of the Tahuna Waste Water Treatment Plant (WWTP) located in Dunedin, New Zealand, was completed in January 2013. The plant is owned and operated by Dunedin City Council (DCC).

80 workers were employed during construction. The upgraded facility has a treatment capacity of 35 million litres of wastewater per day and serves a population of about 120,000.

The Tahuna WWTP upgrade was carried out in two stages. The $37m stage 1, completed in January 2009, involved construction of a new pump station activated with flows above 1.0m³/s.

A new 1,100m long ocean outfall pipe was built to absorb the treated water from the mean high water mark to improve the shoreline water quality. It is flushed every day to clean the settled solids and trapped air.

"The upgraded facility has a treatment capacity of 35 million litres of wastewater per day."

The $60m stage 2, completed in January 2013, is the final phase of a DCC wastewater upgrade strategy adopted in 1991-92, and involved secondary and tertiary treatment. Secondary treatment consists of three high-rate activated sludge (HRAS) tanks and two BTFs to nitrify and remove residual BOD5 and suspended solids.

The two BTFs are flushed for 40 minutes every day to monitor the biofilm inventory within the BTFs. The flushed BTF discharge is sent back to the HRAS influent for solids removal. The tertiary treatment uses ultraviolet disinfection process.

Stage 2 also included the biosolids dewatering process upgrade. The dewatered sludge cake is either incinerated at about 820°C or sent to DCC’s Green Island wastewater treatment plant biosolids digestion system. The biosolids digestion and landfill operation result in a gas stream that is fed into the new gas power generator.

The power produced is enough to run the Green Island plant. Any excess power is delivered to the Dunedin power grid. The remaining dewatered sludge cake that cannot be digested or incinerated is sent to the Green Island Landfill.

The odour controlling biofilter system was also upgraded in the second stage of the upgrade. It consists of additional odour extraction systems and a biofilter. DCC allocated $14.5m for further treatment of biosolids.

History of the Tahuna WWTP upgrades

Built in 1981, the Tahuna WWTP has undergone many upgrades. Dunedin’s wastewater upgrades commenced in the 1950s when the treatment of several discharges into Otago Harbour also began. DCC stopped wastewater discharges into the Harbour in 2000.

Wastewater from Dunedin homes is sent to treatment plants across the city through 800km of pipeline and 90 pump stations.

Key players involved with the upgrades

DCC selected CH2M Beca to deliver detailed designs for both stages of the Tahuna WWTP upgrade.

"Wastewater from Dunedin homes is sent to treatment plants across the city through 800km of pipeline and 90 pump stations."

URS was selected to design the land-based work of the stage 1 upgrade and supervise the construction works, including the outfall pump station design and flow balancing storage.

Veolia Water Solutions & Technologies UK was selected by DCC for the first stage upgrade in October 2010 and for the second stage in July 2012. The company was responsible for design, supply, installation and commissioning of the BTFs. It also provided media support decking, flushing hoppers with lids and Hi-GARD low-energy mechanically driven rotating distributors.

UGL secured a $32.1m contract to act as the main contractor for the second stage of the project. Frank PKS NZ was responsible for supplying PKS1800 and PKS1660 profile pipes and fabricated bends. DELTA Utility Services was the subcontractor for installing the pipes.