US Bureau of Reclamation (USBR)

Population to be Served 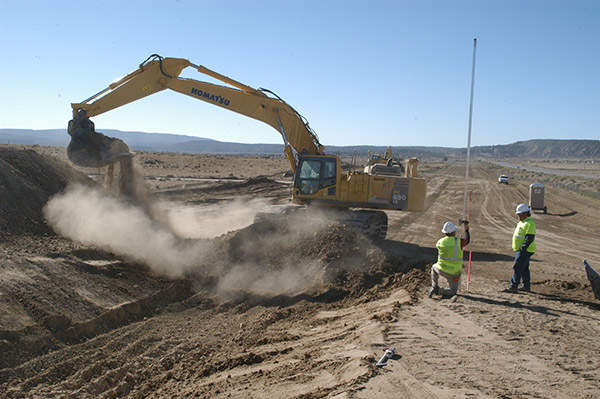 A Komatsu PC 650 LC trackhoe with a four cubic yard bucket is being used to mass excavate the pipe trench for the Navajo-Gallup water supply project. Images courtesy of US Bureau of Reclamation. 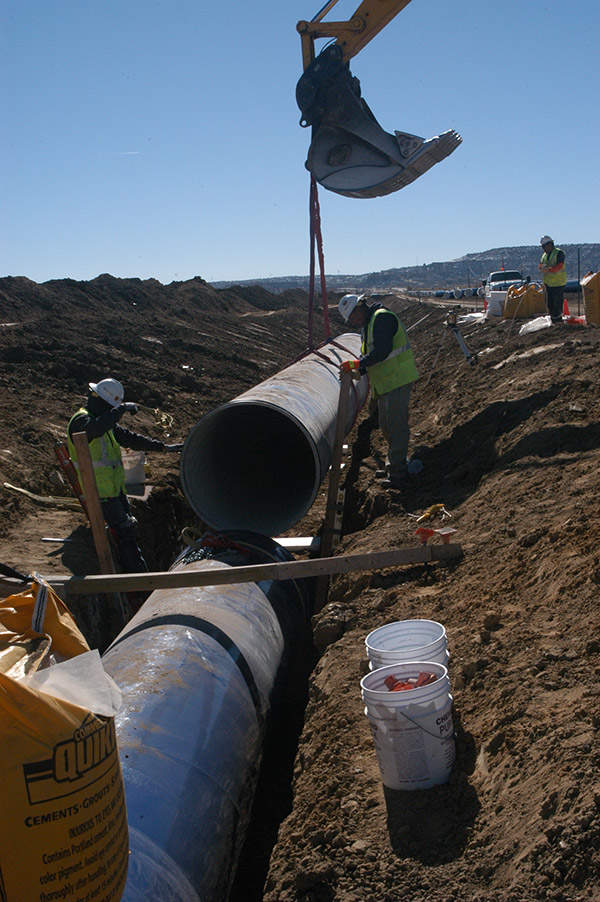 The 45-inch diameter pipeline will cover about 280 miles (450.6km). Image courtesy of US Bureau of Reclamation. 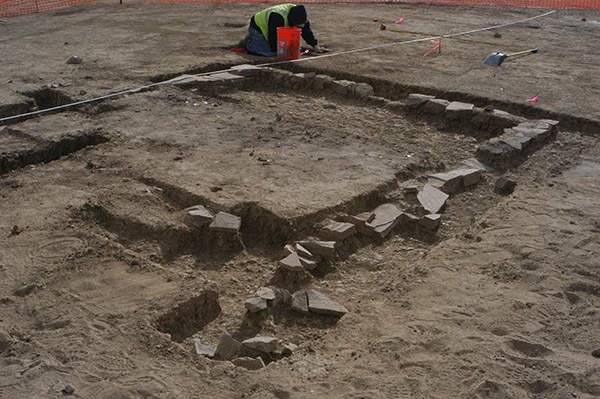 Archeological surveys being carried out at the Navajo-Gallup project site. Image courtesy of US Bureau of Reclamation. 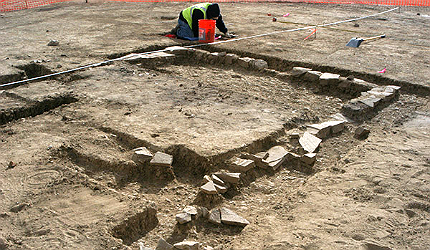 The US Bureau of Reclamation started the construction of the long awaited Navajo-Gallup Water Supply Project (NGWSP) in New Mexico in June 2012. First flow of water from the water supply project is expected to commence within two to three years, with the entire project completion scheduled for 2024.

The construction of the NGWSP will involve up to 400 workers, with an additional workforce of 200 people involved during its peak.

The project, with an annual capacity of conveying 37,376 acre feet of water, will serve the future needs of 250,000 people by 2040. The total investment on the project is estimated to reach $1bn.

The first construction contract for the project was awarded to McMillen in April 2012. The $10.75m-value contract comprises of laying a pipeline measuring four miles (6.4km) in length and 42-inch in diameter at McKinley County.

"Construction of the NGWSP will involve up to 400 workers, with an additional workforce of 200 people involved during its peak."

NGWSP also forms part of the 14 high-priority infrastructure initiatives issued in 2011 under the Presidential Memorandum to identify and carry out environmental reviews and permit decisions for projects with scope for generation of jobs and early practical functioning.

The project is being carried out to alleviate the targeted areas from long standing water problems faced due to the alarming decrease of ground water. The city of Gallup alone has witnessed a drop in the groundwater level by about 200ft in the last ten years.

Construction and design of the NGWSP will be implemented in several reaches, which will be executed separately by USBR, the city of Gallup, Navajo Nation and the Indian Health Service.

Treatment and supply of water from local sources

The project will supply water from the San Juan River and existing Cutter Reservoir for municipal and industrial use in the eastern parts of Navajo, southwestern parts of Jicarilla and the city of Gallup.

Water from San Juan River, which is collected in a reservoir created by the existing PNM Diversion Dam, will be diverted through the river intake. Water from the intake will flow through a self-cleaning screen to a well, from where it will be pumped using low-head pumps into settling ponds where sediments will be removed.

The water will then be treated at San Juan Lateral Water Treatment and Pumping Plant, before being conveyed to the lateral for supply.

US Department of the Interior is providing a $43m financial assistance for the construction of the lower reaches of the Cutter Lateral.

The facility will also include mixing and flocculation tanks, buildings for storing of chemicals, a four-unit pumping station, a building for operation and maintenance (O&M) and electrical control equipment.

The Buckman Direct Diversion (BDD) Project is an innovative water supply project that is co-owned by the city of Santa Fe and Santa Fe County in New Mexico, US.