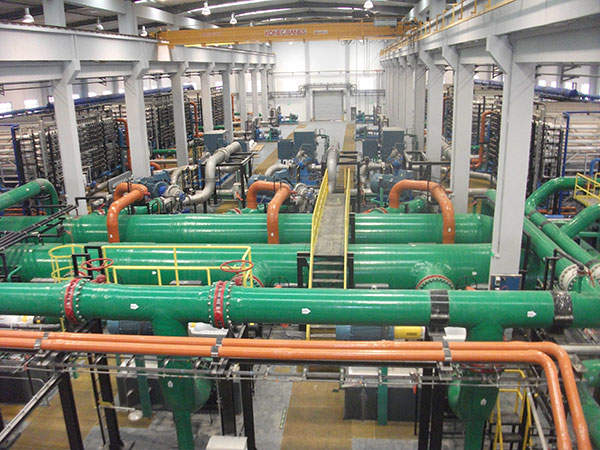 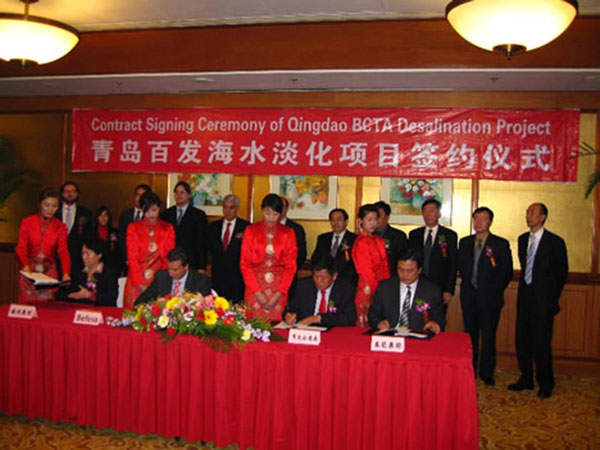 A joint venture between Befesa (70%), a subsidiary of Abengoa, and the Municipality of Qingdao (30%) was created in 2006 to design, construct and operate the Qindao desalination plant. Image courtesy of Abengoa. 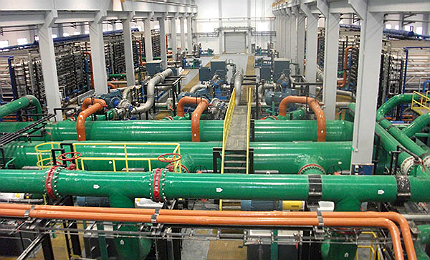 Qingdao Desalination Plant is a privately-owned seawater reverse osmosis (SWRO) desalination plant that was commissioned in China in January 2013. The desalination plant is located in Shadong Province and is owned by Abengoa. The plant has a rated capacity for producing 100,000m³ per day of drinking water, to serve a population of about 500,000 people in the city of Qingdao.

The construction of the desalination plant commenced in 2010 after a joint venture was formed between Befesa (70%), a subsidiary of Abengoa, and the Municipality of Qingdao (30%) in 2006 to design, construct and operate the plant. The pre-operational testing for the desalination plant was conducted prior to the commissioning starting from March 2012.

The plant was constructed with an investment of €135m ($176m) and is the largest of its kind in China. The plant has increased Abengoa’s desalination capacity to 1.1 million m³ per day, capable of supplying drinking water to more than eight million people.

"The plant was constructed with an investment of €135m ($176m) and is the largest of its kind in China."

The financing for the construction of the plant was realised in 2009. Befesa Agua was awarded the contract to design, construct, finance and operate the plant for 25 years.

The project is the first of its kind financed solely by local Chinese banks. The banks involved in the financing were Agricultural Bank of China, Export-Import Bank, China Construction Bank and China Merchants Banks.

The banks financed the project by providing non-recourse financing to shareholders for 70% of the investment involved.

Reverse osmosis has been specifically chosen for the plant owing to the high amount of pollutants and solids discharged from the existing factories adjacent to the plant site. Raw water to the treatment plant is supplied by means of a submerged pipeline.

"The plant has increased Abengoa’s desalination capacity to 1.1 million m³ per day."

The Qingdao facility treats sea water by using reverse osmosis technology with the inclusion of an ultra-filtration (UF) pre-treatment process. The plant uses Norit X-Flow UF membranes as part of the pre-treatment process, to remove dissolved salts and impurities and reduce contaminants, such as micro-organisms.

Pre-treatment technology implemented by the plant helps prevent clogging of the reverse osmosis membranes. The desalination process is supported by Norit X-Flow SEAGUARD UF technology that uses Norit SMART intelligence control system. The plant is equipped with 2,280 SEAGUARD membrane modules, with 120 UF modules each. The modules are arranged on 20 skids.

The plant also incorporates PX Pressure Exchanger isobaric energy recovery devices for the centralised pumping system to cut down the amount of energy consumed by the reverse osmosis process and the energy costs overall. The devices capture hydraulic energy from the high-pressure reject stream or high concentration side of the membranes in the seawater reverse-osmosis (SWRO) process and transfer the energy to low-pressure feed water.

The devices have an efficiency of about 98% and reduce the energy consumption by the reverse osmosis system by up to 60%. The technology implemented will enable the plant to save more than 2,000KW of energy, cut down on approximately 10,000t of carbon dioxide emissions annually and deliver potable water with very low level of turbidity.

Suppliers for the Chinese desalination project

Formally opened in June 2007, the newly expanded and refurbished Tianjin Jie Yuan Water Treatment Plant features the largest dissolved air flotation (DAF) treatment system of its kind in China – and one of the largest in the world.