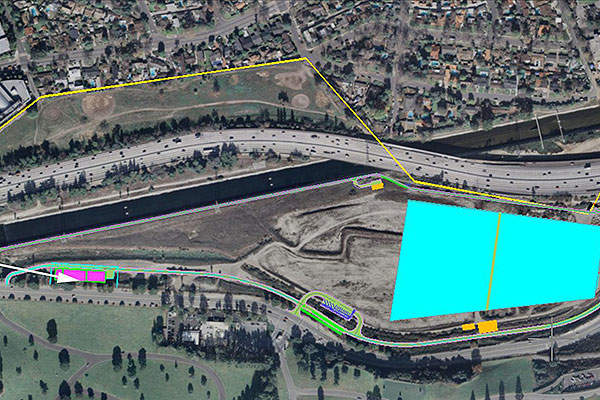 Aerial view of the Headworks Reservoir. Image courtesy of Los Angeles Department of Water and Power. 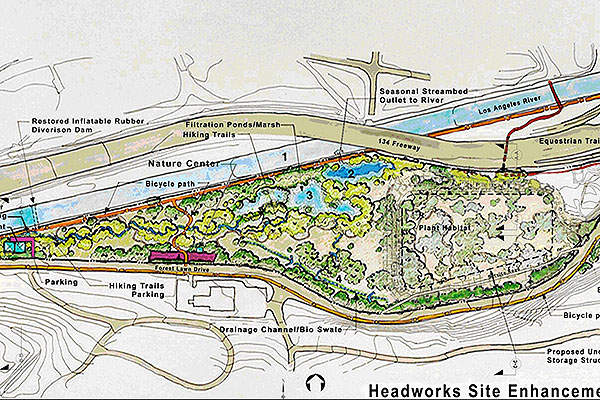 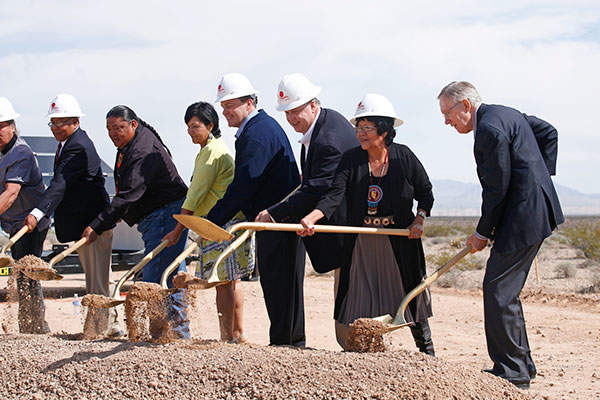 The ground breaking ceremony was held in March 2012. Image courtesy of Los Angeles Department of Water and Power. 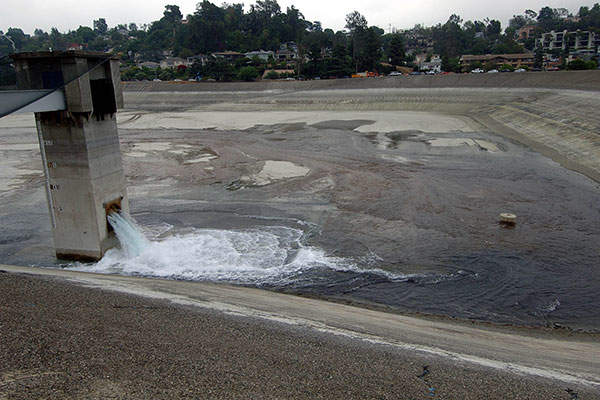 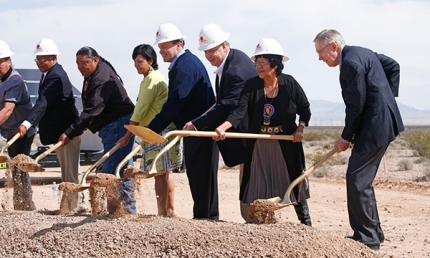 The Headworks Reservoir, located north of Griffith Park in Los Angeles, US, is being constructed to replace the existing Silver Lake Reservoir Complex (SLRC). The facility comprises two concrete-lined open reservoirs, Silver Lake and Ivanhoe Reservoir, divided by a spillway in Silver Lake.

"The reservoir is owned and maintained by the Los Angeles Department of Water and Power (LADWP) and is estimated to cost $230m."

The reservoir is owned and maintained by The Los Angeles Department of Water and Power (LADWP) and is estimated to cost $230m. Funding for the same has been approved by the Los Angeles City Council.

The Headworks Reservoir is partly being funded by a $127.23m loan from the US Environmental Protection Agency (USEPA) and the State Water Resources Control Board (SWRCB).

The project primarily involves replacing the existing reservoir with two new reservoirs with storage capacities of 54 million gallons and 56 million gallons, covered with two to three feet of soil and native vegetation. It includes natural wetlands by the Army Corps of Engineers, which will provide open areas for hiking, horse riding, cycling and pedestrians.

The 1A West river supply conduit, the hydroelectric power plant and the regulating station will be built in phase three. The last phase will involve restoration of the ecosystem at the whole project site.

Design of the Los Angeles reservoir

The Headworks Reservoir is spread across a 43-acre site at the Headworks Spreading Grounds near the Los Angeles River and between the Forest Lawn Drive, north of Griffith Park and 134 Freeway in San Fernando Valley area of Los Angeles. The replacement tanks will be reinforced concrete water storage structures built to the current seismic code of the area.

The Kelly Butte Replacement Reservoir is being constructed to replace the existing reservoir, which was built in 1969.

Jacobs Associates and LADWP collectively designed the two tunnels that will transport water from the new reservoir to existing service areas.

The Silver Lake Bypass Tunnel is being constructed in the Silver Lake district. It includes a tunnel of approximately 4,600ft length and diameter ranging from 9.5ft to 10ft, and another 66in-diameter tunnel built of welded steel pipe. The project further includes a flow regulating station with a capacity of 250ft³/s.

Groundcover for tunnel excavation works will range from 50ft to 130ft (15m to 40m) and groundwater levels will reach a maximum height of 60ft (18.3m) above tunnel invert because of the tunnel’s location close to the reservoir.

The River Supply Conduit Lower Reach Unit 1A will be built by Webcor Builders, replacing the existing conduit to connect the Headworks Reservoir and the 4MW hydroelectric power plant, which is scheduled to be constructed in the third phase of the project. The connecting pipeline will be 6,400ft-long (1,951m) and 96in in diameter, with welded steel lining. Approximately 3,200ft (975m) of the pipeline will be underground.

Two separate contracts were awarded to Mladen Buntich Construction (MBC) in 2013. The scope of the contract included procurement, installation and backfill of welded steel pipes ranging from 18in to 96in for the inlet, outlet, drain, overflow piping and storm drain. It also uses a beam and plate shoring system to install the deep access shafts for the tunnelling work.

Webcor was also awarded the contract for ecosystem restoration of the site on completion of the project.