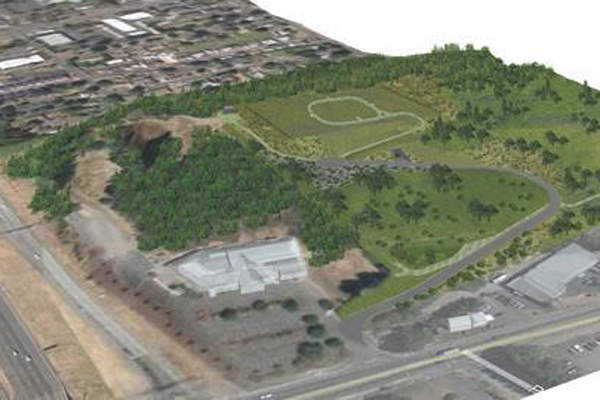 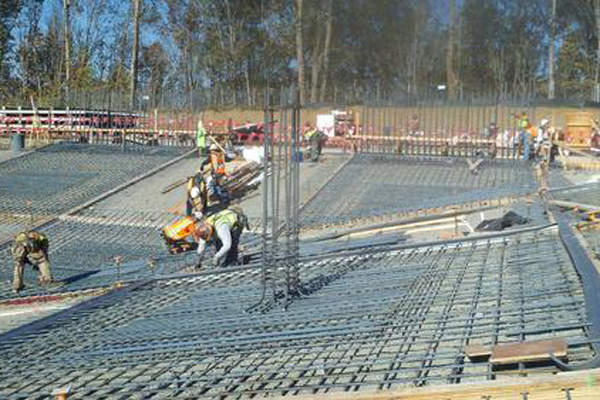 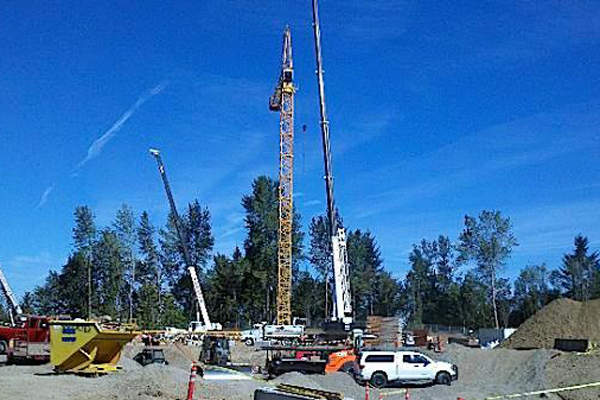 Two cranes of 145ft and 118ft were installed at the project site. Image courtesy of City of Portland, Oregon. 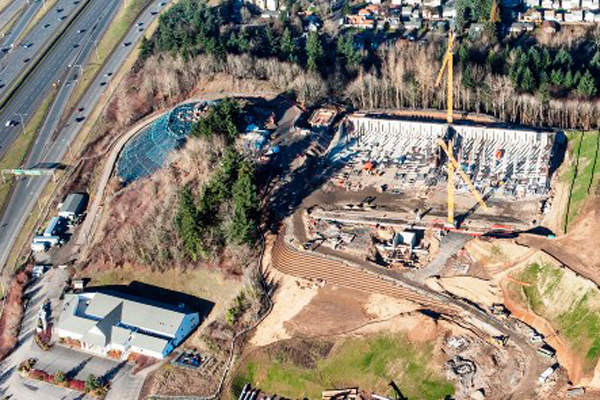 The Kelly Butte Reservoir is spread over 2.5 acres. Image courtesy of City of Portland, Oregon. 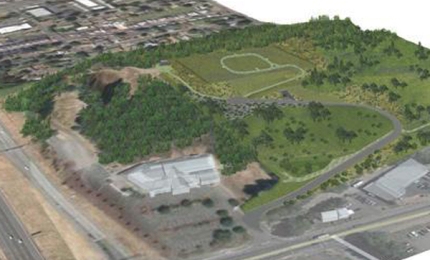 The Kelly Butte Replacement Reservoir, located in south-east Portland, in the state of Oregon, US, was constructed to replace the existing reservoir, which was built in 1969. The old reservoir is an above-ground steel tank above Kelly Butte, with a capacity to store ten million gallons of water.

“The roof of the reservoir is supported by 252 columns.”

Oregon-based Hoffman Construction Company was awarded the contract to construct the water reservoir owned by Portland Water Bureau (PWB). Construction on the $90m replacement project, involving seismic retrofits and civil works to enhance the reservoir capacity, started in October 2012 and was completed in 2016.

The new reservoir supplies water to the people of east Portland and is also a stopover to meet the water requirements of Washington Park reservoir and south-west Portland area water storage tanks. It complies with regulations set by the US Environmental Protection Agency (EPA) and adheres to the uncovered reservoir requirements of the federal Long-Term 2 Surface Water Treatment Rule (LT2).

Design of the Oregon reservoir

Kelly Butte lies in a hilly forest area in the intersection of Powell Boulevard and Interstate 205. The reservoir is spread across 2.5 acres of the 23-acre Kelly Butte Natural Area in Portland. The replacement tank is a rectangular concrete structure built to the current seismic code of the area.

The 394ft x 296ft underground reservoir has two cells, with a capacity to store 12.5 million gallons of water each. The two cells operate independently, allowing for easy cleaning, inspection and maintenance. Some soil was removed to place the underground structure, of which some was stored while the rest was transported offsite. The concrete floor of the reservoir was built in a checker-board pattern consisting of 266 20ft x 20ft squares. The roof of the reservoir is supported by 252 columns.

A 40ft-long and 23ft-wide concrete vault was installed to connect the underground reservoir to the existing water supply conduit. The prefabricated concrete vault comprises of the complex pipeline network and device assemblies. A large-diameter pipe was installed on Kelly Butte and at the street entrance from SE Powell Boulevard. A new storm water detention pond and overflow holding tank was constructed at the hill side.

Removal of plants from the site for the construction of the underground reservoir is mitigated by a re-vegetation plan, which includes planting more than 1,667 trees and 7,254 shrubs.