Tuaspring, a subsidiary of Hyflux 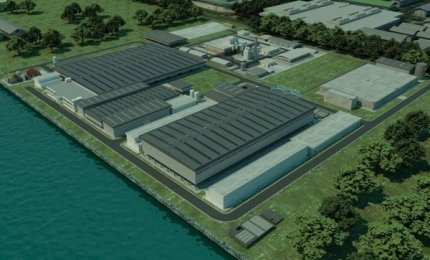 The integrated project was implemented on a design, build, own and operate (DBOO) basis by Hyflux’s subsidiary, Tuaspring. The construction works were performed by Hydrochem, another subsidiary of Hyflux Group. The operations and maintenance (O&M) services for the CCPP are being provided by NAES Corporation, a subsidiary of Itochu International.

"The construction of the integrated CCPP was completed in late 2014, while commissioning is expected in early 2016."

The Tuaspring desalination plant uses Hyflux’s proprietary Kristal ultra-filtration membrane technology for the pre-treatment process, which removes suspended solids and microorganisms. The technology consumes less chemicals and energy, and is touted to be the first ultra-filtration membrane to achieve NSF International’s certification for removal of cryptosporidium.

The desalination plant further integrates a two-stage seawater reverse osmosis (SWRO) process, where seawater is passed through semi-permeable membranes. The process is completed by a post-treatment for re-mineralisation of the water before being supplied to PUB.

Contractors involved with the desalination and integrated power project

Flowserve supplied 68 of its CALDER Dual Work Exchange Energy Recovery (DWEERTM) units, which are used to recover energy from the high-pressure brine stream of the SWRO process.

The 66kV/22kV/6.6kV/LV electrical and drive systems for the project were supplied and installed by Alstom.

The total cost for the construction of the integrated desalination and power plant is S$890m ($635m approximately).

The project received a $14.4m buyer’s credit loan from the Japan Bank for International Cooperation (JBIC) in June 2014, to finance the desalination components acquired from Japanese suppliers.

In May 2013, Hydrochem signed a $139m export credit financing agreement with KfW-IPEX Bank to fund the power plant. The financing facility is guaranteed by Euler Hermes Deutschland.