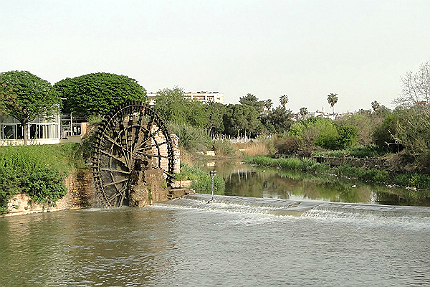 The Quatinah Barrage or Lake Homs Dam, located in Syria, is the oldest operational dam in the world. The dam was constructed during the reign of the Egyptian Pharaoh Sethi between 1319-1304 BC, and was expanded during the Roman period and between 1934 and 1938.

The masonry gravity dam impounds the Orontes River and creates Lake Homs, supplying water for the city of Homs through canals.

It is two kilometres long, seven metres high and has a base width of 20m. The volume of Lake Homes currently stands at 200 million cubic metres.

The Proserpina Dam, located approximately ten kilometres north of Merida in Spain, is the world’s second oldest dam currently in use.

The earthen dam was constructed by the Romans between the late 1st century AD and early 2nd century AD. It is covered with concrete and measures 427m long and 22m high.

It is located on the course of the brook of Las Pardillas, a sub-tributary of the Guadiana on its right bank. It has two bends in the crest and nine buttresses on the inner side. The Confederación Hidrográfica del Guadiana (Water Management Administration) refurbished the dam in 1991.

The Cornalvo Dam in Spain, also built by the Romans between the 1st and 2nd century AD, is the third oldest operational dam in the world. It is a gravity dam located on the Albarregas River, a tributary of the Guadiana, at a distance of 15km from Mérida.

The dam is 194m long and 24m high. Its masonry wall is constructed of cells, filled with stones and clay and faced with mortar. It held the record for being the highest dam outside Italy when it was commissioned. It currently supplies drinking water to the City of Merida.

Kaerumataike dam is constructed on the Yodo River, near the prefecture of Nara in the Kansai region of Japan. It is the fifth oldest dam which is still in use. It was constructed in 162 AD. 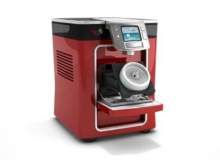 The Yodo River on which the dam is constructed is fed by Lake Biwa, the largest freshwater lake in Japan and the third oldest lake in the world. The lake provides drinking water for about 15 million people in the Kansai Region. The earth embankment dam measures 17m in height and 260m in length.

Kallanai Dam, also known as Grand Anicut, is the fourth oldest dam in the world. It still serves the people of Tamilnadu, India. The dam was constructed by King Karikala Chola of the Chola Dynasty in the 2nd century AD. The dam is located on the River Kaveri, approximately 20km from the city of Tiruchirapalli.

The dam provides water for irrigating 400,000ha of land along the Delta Region. The structure measures 329m in length, 20m in width and 5.4m in height. Improvements were made to the dam in the 19th century by Arthur Cottons, a British general and irrigation engineer.

Sayamaike Dam, located in the city of Osakasayama in the Osaka Prefecture of Japan, is the sixth oldest dam in existence today. The dam was constructed during the Asuka period in the seventh century AD.

The reservoir of the dam impounds the Nishiyoke River, which provides water to the region for irrigation and acts as a flood control system for the Osaka Prefecture. It is 18.5m in length and has a water storage capacity of 2.8 million cubic metres. An upgrade to the dam was carried out in 1996.

Manoike Dam located in the Kagawa Prefecture of Japan is the seventh oldest dam, which still serves its purpose of providing water for irrigation. The earliest history of the dam dates back to 701-704 AD, when it was first constructed by Michimori Ason during the Taiho Era.

The original dam was destroyed by floods in 881AD. It has been, however, reconstructed several times since then. The latest reconstruction was completed in 1959. The dam currently holds more than 15.4 million cubic metres of water.

Sadd-e Kobar Dam on the Kobar (Kowar or Veshnaveh) River, 28km south-east of Qom, is the eight oldest dam. It is an arch-gravity dam estimated to have been constructed in the 10th Century AD and is still functional.

The dam is constructed primarily of lime stones, including mortar made of sand, lime, ash and albumen. It provides flood protection and facilitates irrigation downstream. It is approximately 25m high and 82m long.

Tonnur Kere, also known as Moti Talab (Lake of Pearls), is the ninth oldest dam which is still in operation. It is located in Mysore, India. It was constructed in the 12th century AD by Sri Asuri Ramanujacharya, a Sri Vaishnava Saint.

The dam is fed by Yadavanadi River and several neighbouring streams. It creates the Moti Talab lake (Lake of Pearls), which covers an area of approximately 2,150 acres and serves the purpose of irrigation. The dam is approximately 230m high and measures 145m in length.

Almansa Dam, located five kilometres west of the town of Almansa in Albacete Province in Spain, is the tenth oldest existing dam in the world.

The dam structure is 25m high and 90m long. The reservoir created by the dam has a storage capacity of 1.6 million cubic metres. Owned by the City of Almansa, the dam provides water for irrigation and contains flood water.

The United States of America has four of the 10 largest dams in the world, while the West African republic Ghana hosts the world’s biggest man-made lake.