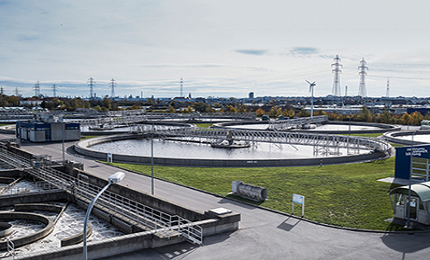 Australia-based mining giant BHP Billiton has renewed its commitment for a thorough cleanup of the Rio Doce river in Brazil, after the federal and state governments decided to sue the owners of the Samarco iron ore mine for R$20bn ($5.24bn).

According to Brazil Environment Minister Izabella Teixeira, the lawsuit is likely to be filed today. BHP and Vale hold an equal interest in Samarco, the state of Minas Gerais.

Vale sustainability chief Vania Somavilla was cited by Reuters as saying that the dam burst on 5 November affected the waters of the Rio Doce river, causing its arsenic levels to rise above legally permissible limits.

The research, which is being carried out at GE's Global Research Center in Upstate New York, utilises the technology giant's expertise for steam turbine, oil and gas compressors, 3D printing and water processing solutions.

The program aims to put desalination 'on ice' and will design an innovative process to compress, stream and cool air, salt and ice mixture that separates salt from ice.

US Department of Agriculture (USDA) has announced a $30m investment for quality improvements in Mississippi River Basin and allowed loans and grants of $314m for water and wastewater infrastructure improvements in rural communities.

The agency intends to spend $30m this year through its Natural Resources Conservation Service (NRCS) for 33 new projects and 40 existing projects to improve water quality in high priority watersheds in the Mississippi River Basin.

The USDA supported projects under NRCS' Mississippi River Basin Healthy Watersheds Initiative (MRBI) are aimed at bringing down the nutrient and sediment losses to water which gradually flows into the Gulf of Mexico.

Siemens is supplying energy equipment to the chief sewage treatment facility at Simmering in the city of Vienna, Austria.

The company will deliver control, measuring, analytical and power distribution systems for the Ebswien main sewage plant, along with low-voltage and medium-voltage switchgear.

Part E_OS 2020 (Energy_Optimization Sludge Treatment) environmental project in the Austrian city, the order is worth €24m.

The desalination plants are expected to be energy efficient and have been developed in Masdar's Al Ghantoot pilot facility.

Primarily based on renewable energy technology, the plants have a target of using less than 3.6 kWh/m3 of water production.

Qatar commissions one desalination project and starts construction for the next

Mitsubishi and Toyo Thai Corporation Public Company (TTCL) have been awarded the full engineering, procurement, construction (EPC) contract for the project which will be based on reverse osmosis technology.

Works for the facility is already underway, for which Mitsubishi has, in turn, awarded the design and construction of the desalination units to Spain-based Acciona Agua.