3-11 m³/sec (to include additional rainwater element)

National Fund for Environmental Protection and Water Management, the Ministry of
Expand 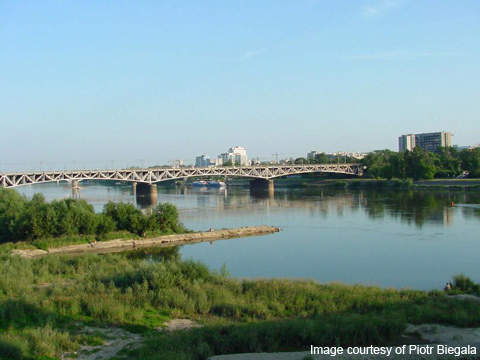 View over the River Vistula. The population of Warsaw is growing fast, and the Czajka WWTP allows for protection of water quality and meets EU standards. 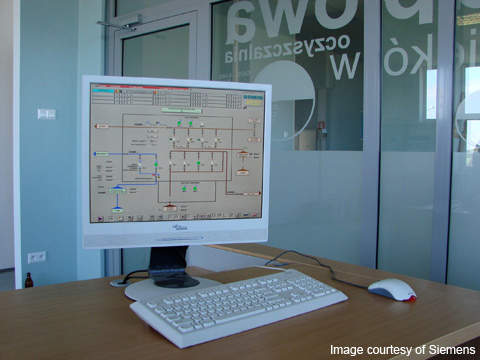 The Czajka WWTP benefits from extensive upgrades, including big improvements to automation and process control. 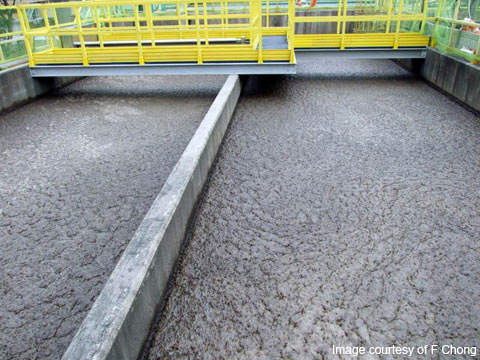 The Czajka WWTP was opened in 1991, after a building programme that took 17 years to complete. The upgrade and extension has equipped it to meet the city’s projected future needs.

The view from the Świtokrzyski Bridge over the Vistula towards the Old City. The project ensures that sewage from both banks of the river is treated for the first time in Warsaw’s history. 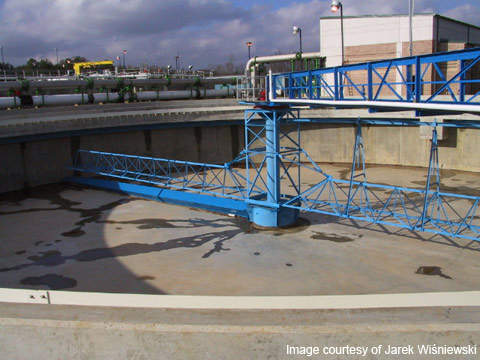 The old plant was based on relatively old mechanical and biological systems to treat the inflow before discharge. 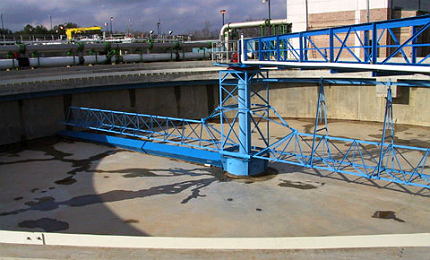 Czajka Wastewater Treatment Plant (WWTP) is the largest and most modern wastewater treatment plant in Poland. The plant was recently expanded, in three phases. The first two phases were completed by the end of 2010. The third phase of the modernisation project was completed in April 2013.

Designed around a population of around 2.1 million people, the expansion project has doubled the plant’s previous 200,000m³/day inflow, to routinely deal with a daily 435,000m³, rising to a potential 515,000m³/day at peak times. As a result, sludge production also will double to 160,000t per annum. A new thermal treatment process has been installed at the plant to reduce the volume produced to facilitate disposal.

The total investment in the project was €7690m ($1bn approximately), with 40% funded by the EU cohesion fund and 60% by the Municipality of Warsaw.

"The total investment in the project was €7690m ($1bn approximately), with 40% funded by the EU cohesion fund."

Situated in 56ha of the Bialolęka borough in north-east Warsaw, Czajka WWTP was completed in 1991, after a building programme that took 17 years to come to a close. This lengthy construction meant that much of the technology and equipment was outdated by the time the plant came online, forcing the almost immediate start of a series of modernisations.

Although the works relied on relatively old mechanical and biological systems to produce the necessary BOD and suspended solids removal, it managed to produce respectable quality effluent by the standards of the time and represented a big advance on the previous arrangements – the discharge of untreated wastewater into the Vistula.

The main driver on the extensive modernisation project was the need to meet EU wastewater standards – including limits on nitrogen of 10mg/l and 1mg/l for phosphorus, effective from January 2007 – and to provide adequate treatment for all urban effluent flows.

The Czajka upgrade and extension project formed part of the Warsaw water supply and wastewater treatment scheme, which consisted of three phases. Phase one involved the construction of new sewers and collectors for the city’s new Poludnie WWTP, funded by an EU grant awarded in 2001.

"A new thermal treatment process has been installed at the plant to reduce the volume produced to facilitate disposal."

In the third segment jacking pipes from both the sides met and two parallel 63in diameter lines were inserted in a concrete tunnel of 4.5m diameter that was built at the crossing beneath the river. The pipes used were the largest centrifugally cast fibreglass reinforced polymer mortar (CCFRPM) pipes.

Phase two extended and improved aspects of the city’s potable water supply, included upgrading of the treatment process at the Zaklad Wodociągu Centralnego and Zaklad Wodociągu Pólnocnego plants, the construction of a new water distribution network and implementation of modern computer control, for both the water supply and wastewater systems.

Veolia Water was awarded the contract for the third phase expansion and modernisation of the Czajka WWTP, in February 2008.

The plant upgrade, the construction of a thermal drying facility for the sludge, new transmission sewers, new distributed SIMATIC PSC 7control system and the modernisation of the wastewater system in Bialolęka, Mlociny, Bielany and Rembertów were the largest elements of phase three.

The plant was previously responsible for processing sewage only from right-bank Warsaw and Legionowo, the flow from areas on the left bank of the city was discharged directly into the Vistula at a rate of more than 300,000m³ /day. With the phase three expansion being complete, Czajka also accepts and treats this wastewater, which is transported to the plant beneath the river. This has obvious benefits to water quality in the Vistula, improves the environment of communities south of the city and ultimately reduces the contaminant loadings entering the Baltic Sea.

One of the most significant plant improvements centres on sludge management. The plant’s previous disposal arrangements relied on land-spread, which is no longer an acceptable route.

To reduce the volume of material and facilitate its land filling, the project included the provision of a new thermal sludge treatment and ash condensation facility, with an average output of about 24t of sludge an hour.

Treatment at the plant was also upgraded to meet required EU standards using a range of technologies developed by OTV and Kruger, including the implementation of a chemical scrubbing system to reduce any perceived odour nuisance.

EnviroSim conducted the calibration study to characterise the wastewater and establish the nitrification rate, as well as developing pre-design options for the project and the sludge treatment design studies were carried out by WS Atkins-Polska. The project was funded by the EU and from local funds.

Regulatory oversight at the national level was the responsibility of the National Fund for Environmental Protection and Water Management, together with the Ministries of Environment and Regional Development.

The CCFRPM pipes for the collector system were supplied by HOBAS. BUTTING was responsible for the supply of aeration panels to complete the plant. The company installed six of the ten aeration basins with panels by December 2009. The remaining four basins were installed by the end of 2010.

Blackburn Meadows Wastewater Treatment Plant (WWTP) is located in the city of Sheffield in South Yorkshire, England, in the UK.