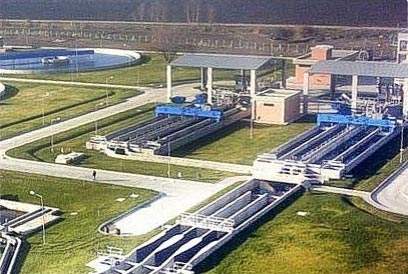 The two new plants have been designed to meet the projected needs of Adana to 2025. 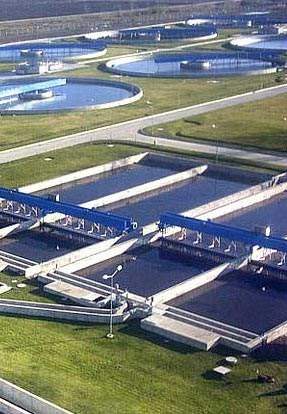 Built by the ASKY Consortium, the construction phase took three years to complete. 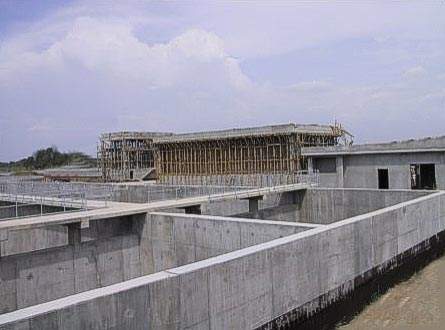 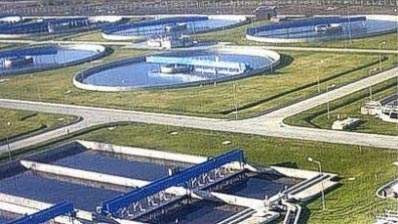 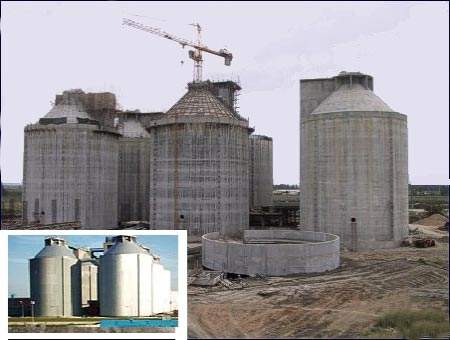 The anaerobic digesters under construction, with an inset of the finished facility; derived biogas makes a significant contribution to the operating energy requirement.

Based in Turkey’s fourth largest city, the projects were constructed by a consortium led by Va Tech Wabag (formerly Austrian Energy) on a build-operate-transfer (BOT) contract with a three-year operational phase. After this, the plant reverted to the Adana Metropolitan Municipality.

An additional €2m contract was awarded to a consortium of Montgomery Watson and Sigmatek to supervise construction of a storm water canal networks.

The project included design, construction, and commissioning of the new plants; the installation of mechanical, electrical, and process-control systems; the provision of wastewater and storm water collection; and all associated pipe work.

Designed to meet the needs of the city’s predicted population to 2025, the combined daily flow is expected to be 516,000m³.

The project cost €45m and was one of a number of similar schemes partially funded by the European Investment Bank.

Prior to the 1990s, progress on addressing many of the country’s pressing environmental problems had been slow. In 1991, the establishment of the Turkish Ministry of Environment marked a significant step in changing this situation and dramatic improvements were made, particularly in respect of air pollution in Istanbul and Ankara.

"The project cost €45m and was one of a number of similar schemes partially funded by the European Investment Bank."

However, other areas including wastewater treatment facilities and solid waste management continued to pose significant challenges, particularly in the light of the country’s ambitions to join the EU. This led to a major programme of infrastructure investment and the extensive updating and modernisation of environmental legislation, largely intended to facilitate an eventual full harmonisation with European law.

Ultimately these factors were to prove significant drivers of projects such as the Adana treatment plant.

In January 2000, the ASKY Consortium was awarded the Adana contract. Construction start-up began the following month and lasted for three years. The plants finally became operational in 2004.

Under the three-year terms of the original BOT contract, transfer was scheduled for June 2007. The final acceptance certificate (FAC) for Adana West was granted along with a further one-year contract for operational management to WABAG until June 2008.

In addition, the provisional acceptance certificate (PAC) was issued for the Adana East plant, which was modified in June 2006 by an additional biological treatment stage that increased its capacity and effectiveness. Adana East was also placed under the operations management of WABAG for a further twelve months until June 2008.

Located on opposing sides of the city and known respectively as Adana West and Adana East, both plants accept domestic and partially treated industrial effluents, with an average BOD of around 230mg/L.

The process train employs a conservative approach, using screening, primary settlement, trickling filters, and conventional activated sludge methods. Subsequent treatment of the raw and excess activated sludges is by anaerobic digestion, with biogas energy recovery that contributes around 50% of the operating requirement. After dewatering and thickening, the resultant sludge is used for beneficial land application.

The treated effluent is discharged into the Seyhan river, which is a major source of irrigation water for the Cukurova plain. The need to protect this important resource was one of the drivers behind the new plants. The effluent currently meets EU standards and the plants have been designed to enable further expansion, in particular to accommodate higher nitrogen and phosphorus loads anticipated in the future.

The project was co-financed by the Municipality, ASKY and the European Investment Bank.