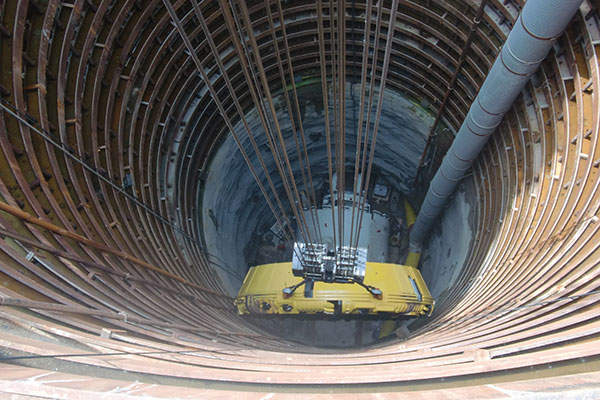 Construction of Euclid Creek Storage Tunnel was completed in September 2015. 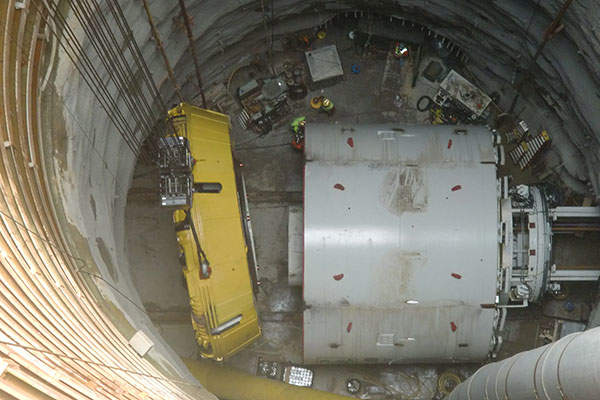 The tunnel lies at a depth of about 220m and has a capacity of holding 70 million gallons of combined storm water and wastewater. 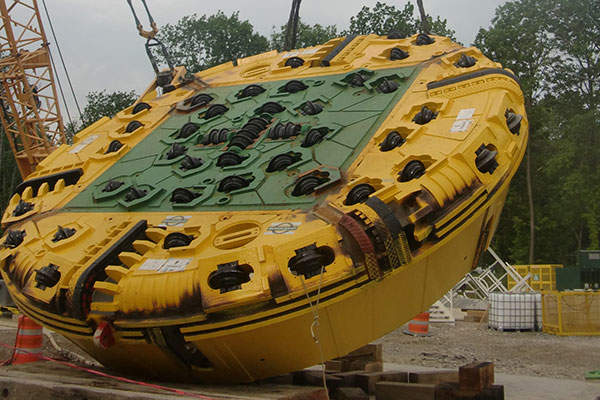 The TBM provided by Herrenknecht measures 350t in length and weighs 1,500t. 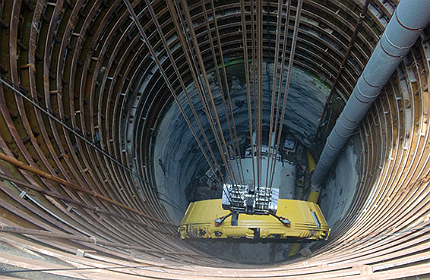 The Euclid Creek Storage Tunnel Project forms a major component of the Northeast Ohio Regional Sewer District’s (NEORSD) Project Clean Lake programme being implemented in the US, with an investment of $3bn.

The storage tunnel project was completed in September 2015, with an investment of $194.4m, approximately $3.6m under budget, while the larger Project Clean Lake programme will conclude in 2025.

The construction works for the Euclid Creek Storage Tunnel Project commenced in 2011. The project primarily involved the construction of a storage tunnel to reduce the combined sewage overflows into Lake Erie and Euclid Creek during heavy rains. It is capable of holding 70 million gallons of combined stormwater and wastewater.

The main contractor for the project is the McNally / Kiewit joint venture (JV).

Euclid Creek storage tunnel is the second tunnel out of the seven tunnels to be constructed under the Project Clean Lake programme. The first tunnel under the larger $3bn project was the Mill Creek Tunnel. The other tunnels include the Dugway Tunnel, Shoreline Tunnel, Southerly Tunnel, Big Creek Tunnel and the Westerly Tunnel.

“The storage tunnel project was completed in September 2015, with an investment of $194.4m, approximately $3.6m under budget.”

The sewers in the city, which were constructed in the 19th century, convey sewage and rainwater in a single pipe became inadequate. Combined sewage overflows that occur in Euclid Creek about 60 times a year necessitated the construction of a new tunnel.

The sewerage overflows collected and stored in the tunnel are pumped out and conveyed for treatment to the Easterly Wastewater Treatment Plant that currently serves approximately 334,000 residents.

The treated sewerage and rain water is further discharged into Lake Erie.

The tunnel starts under the surface of East 140th Street at Bratenahl and heads north-east into Cleveland to the Easterly Wastewater Treatment Plant. It further stretches under Lake Erie at a depth of 3,000ft, pass under the shoreline near Green Creek in East 152nd, head eastward to Nottingham Road and end at St. Clair Avenue.

The storage tunnel measures 3.4 miles in length, 24ft in diameter, and is located about 220ft below ground.

The debris from the tunnel was filled into conveyer belts using large mechanical buckets and transported through trucks to other construction sites around the city. A 300ft-long tail tunnel was also built for a future connection to the Dugway Storage Tunnel.

Hatch Mott MacDonald carried out design works for the tunnel, drop structures, flow diversion structures and near-surface pipelines. The company also involved in providing inspection and engineering support services for the construction of the tunnel. The TBM was constructed in China and delivered by Herrenknecht.

M24 socket bolts including washers and M24 plastic sockets for the tunnel were supplied by Cooper and Turner.

AmQuip provided a LR 1400 crawler crane to assemble the TBM at the project site. Brokk supplied a Brokk 160 remote-controlled demolition machine to assist in the construction.

A major upgradation project for the city of Wilsonville’s wastewater treatment plant is currently underway.