Capacity of the RO Plant 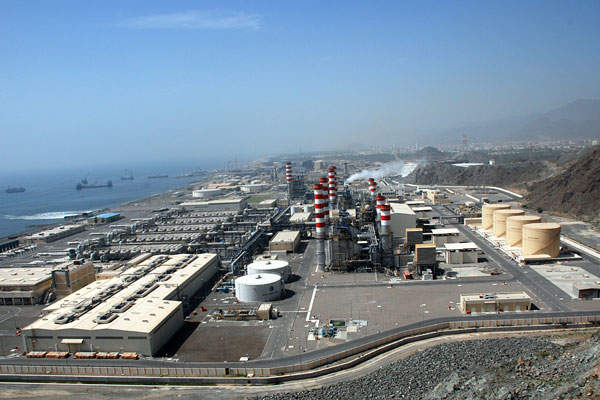 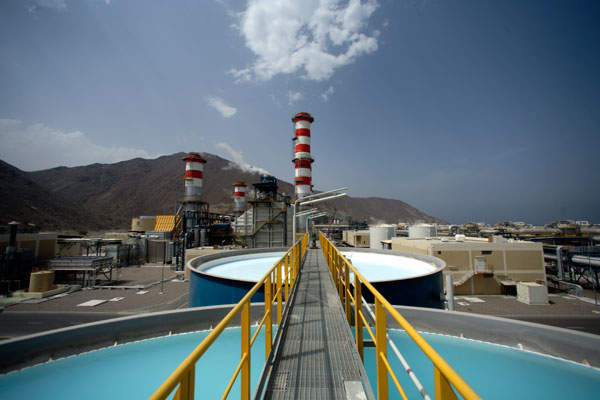 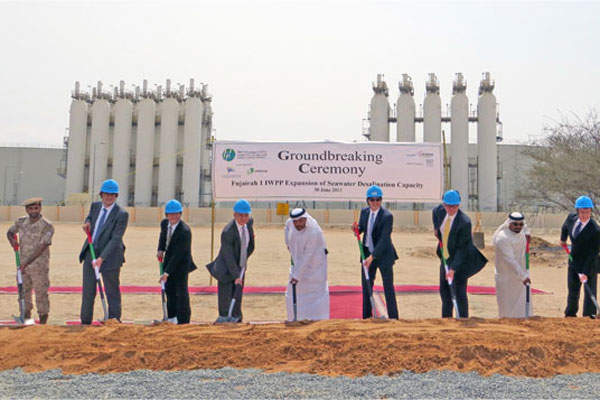 Groundbreaking ceremony for the expansion of the Fujairah 1 plant was held in June 2013. 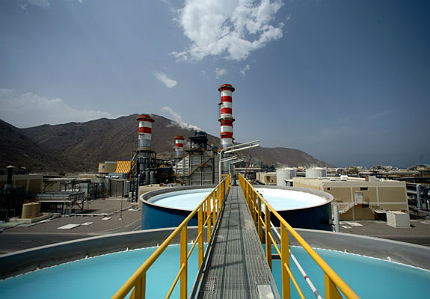 The plant was expanded to increase the desalination capacity by a further 30 million imperial gallons per day (MIGD). The expanded plant began its operations in December 2015.

Expansion works commenced in June 2013 and were completed in December 2015. The project meets the increasing water needs of roughly 500,000 people in Abu Dhabi and the Northern Emirates.

Contractors for the expansion of Fujairah 1

The design and build contract for the project was awarded to a consortium comprising of ACCIONA Agua (75%) and ACCIONA Infrastructure (25%), which are two main business divisions of ACCIONA Group.

ACCIONA is also responsible for the maintenance of the plant for a period of seven years. ILF Consulting Engineers provided the consultancy and supervision services for the project.

Location and details of the existing water / power plant

“The plant was expanded to increase the desalination capacity by a further 30 million imperial gallons a day (MIGD).”

Fujairah 1 Independent Water and Power Plant is located about 180km from Dubai, and 20km north of Fujairah, on the shore of Oman.

The hybrid desalination plant is made up of five MSF desalination units of 12.5 MIGD each, supplied by Doosan, and an RO plant supplied by Degremont. The plant also comprises a potable water plant and five tanks with a storage capacity of 20MIG each.

Associated facilities for the plant include the intake structure station and the interface to the storage tanks. Water from the MSF units and the RO plant is conveyed to the potable water plant and water tanks via a single pipeline.

The expansion increased the current RO treatment capacity of the plant from 100 MIGD to 130 MIGD.

“The project meets the increasing water needs of approximately 500,000 people in Abu Dhabi and the Northern Emirates.”

The expansion made the plant one of the largest RO desalination plants in the Middle East.

The project also included the installation of a new dissolved air floatation (DAF) system, which improves the quality of the seawater feed.

The project enables the desalination plant to utilise the surplus uncontracted power from the combined cycle power plant, enhancing the plant’s income and providing an option to produce water at a competitive cost.

ACCIONA Agua applied the RO technology for the expansion project.

The plant initially uses the dissolved air floatation (DAF) system for pre-treatment to remove the solid particles from the water. The RO technology is then implemented, which makes use of a semipermeable membrane to remove the salt content and other effluent materials from the water molecules.