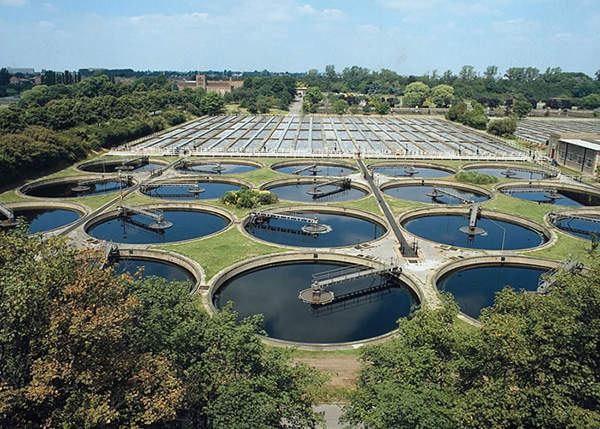 Mogden Sewage Treatment Works (STW) was extended and upgraded with an investment of $140m. Image courtesy of Thames Water. 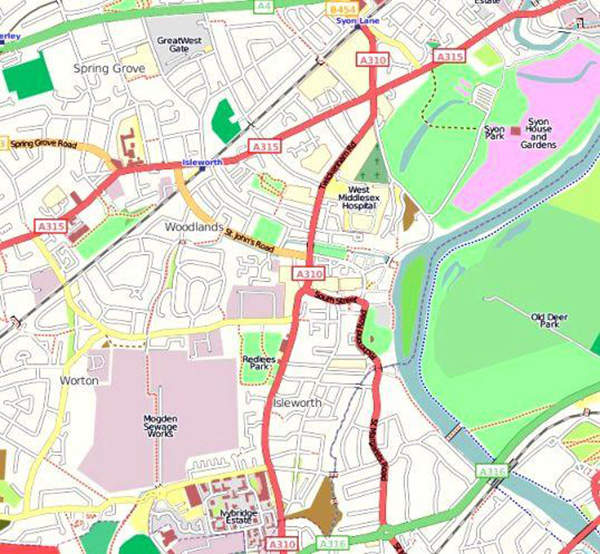 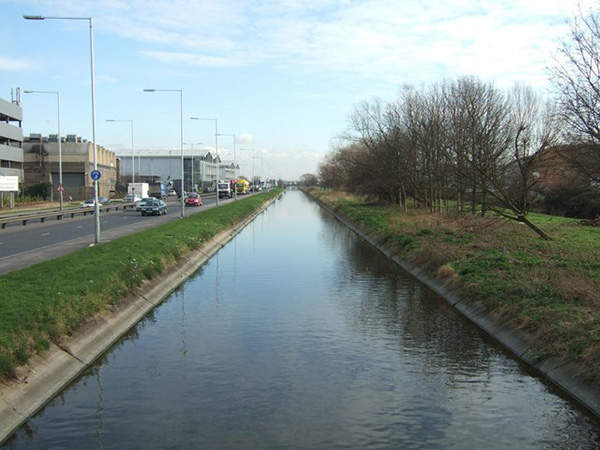 The water from the Duke of Northumberland's River, which passes through the Mogden STW, is used for cooling various equipment of the STW. Image courtesy of Martyn Davies. 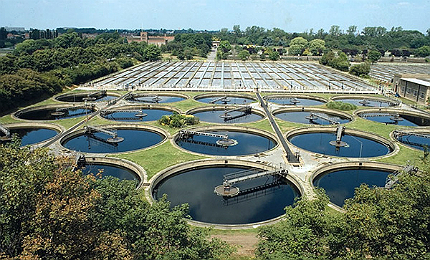 Mogden Sewage Treatment Works (STW), located in Isleworth in West London, was extended and upgraded with an investment of $140m.

The engineering, procurement and construction (EPC) contract for the upgradation of the sewage treatment plant was awarded to Black & Veatch in 2010.

Mogden Sewage Treatment Works, which is owned by Thames Water, currently serves about 1.9 million people in London. The upgradation and extension works were completed in May 2013.

The project formed part of the £675m ($1.06bn) programme to upgrade five major sewage works in London, to improve the quality of water in the River Thames, which receives most of the overloaded sewage and storm water from the five major STWs during heavy rain.

Need for the upgrade project

The current upgradation works doubled the treatment capacity of the Mogden STW from its current capacity of 790 million litres a day and will meet the needs of the expected six percent population growth of London by 2021. The project primarily reduces the amount of storm sewage overflows into the Thames River during heavy rain and controls odour.

History of the Mogden STW

Mogden Sewage Treatment Works was constructed between 1931 and 1935, initially serving about 1.2 million people. It was built with an investment of £1.7m covering an area of 120 acres.

The plant went through number of expansions in 1962, 1989 and 1991, as well as an $85m upgrade phase during 1996-2002. The upgradation works from 1996 to 2002 were carried out by Paterson Candy and its parent company Black & Veatch, and Binnie Black & Veatch, which along with Thames Water formed the Mogden Project Team, hiring about 160 sub-contractors to carry out the works.

The project witnessed the renovation of the East Side Inlet Works, extension of the West Side works, upgradation of 16 digesters, improvement of the sludge stream, replacement of various facilities, installation of boiler systems and implementation of odour control measures.

Details of the latest upgrade project

The project also involved the addition of five new aeration lanes, extensions of four treatment areas, installation of new screens at the inlet works and construction of ten new settlement tanks and two odour control units. The project site was extended by 19.5ha.

The plant meets 40% of its power requirements from renewable energy by burning methane derived from sewage, for which new equipment was installed.

The foundation works for the additional treatment tanks necessitated hammering of around 3,500 concrete piles into the ground. Certain construction materials, such as soil which is later mixed with sand and gravel, were sourced from the construction site itself. Other ancillary works for the project included electrical and mechanical installation and site landscaping.

The STW receives sewage from three sewers in London, which flow into either the East Stream or the West Stream.

Sewage passing through the East Stream goes through screening and grit removal with excess sewage flowed through an overflow weir on its way to the storm tanks, which can be retracted back for treatment by pumping depending on the capacity of the East Side Works.

The overflow from the storm tank during heavy rainfalls is currently allowed to flow into the River Thames, which will be checked by the current upgrade. The sewage passing through the West Side Works follows a similar process.

Treated sludge from the plant is then sent to Iver South dewatering site through pipelines, where it is dewatered and used in agricultural land as fertiliser and soil conditioner.

The aeration equipments for the plant were provided by ITT Water & Wastewater (WWW). The patented BRUSH PRISMIC power management system (PMS) for the plant was supplied by Brush.

The Lee Tunnel project is the first of the two tunnelling projects being undertaken as part of the Thames Water London Tideway Improvements scheme.

The Thames Tideway scheme – coupling improvements to London’s three main wastewater treatment plants (WWTPs) with the construction of a storage-and-transfer tunnel nearly 35km long – forms one of the city’s most ambitious wastewater projects since its first sanitation system in the mid-19th century.