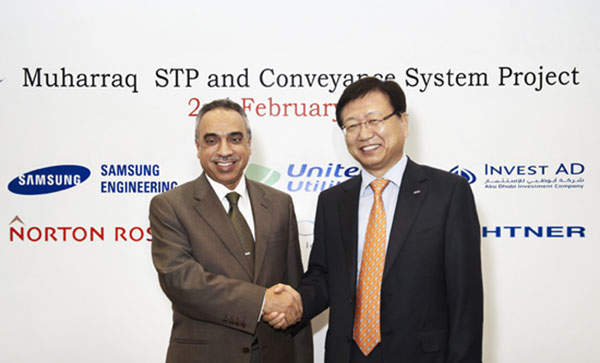 The concession contract for the Muharraq sewage treatment plant was awarded to a consortium of Samsung Engineering, Invest AD and United Utilities. 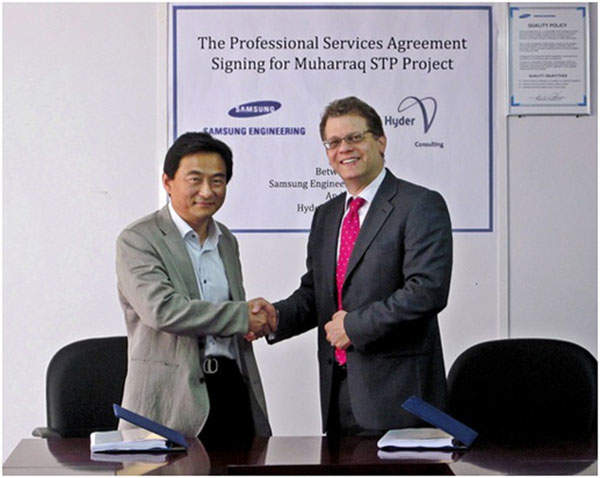 The project site is located on reclaimed land in the north-eastern part of Bahrain. Image courtesy of Leshonai. 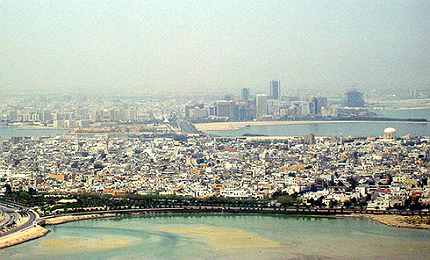 The Bahrain Ministry of Works’ (MOW) Muharraq Sewage Treatment Plant (STP) project, located on reclaimed land in Bahrain, was completed in June 2014. The plant has a treatment capacity of 100,000m³/d. The project is overseen by the Muharraq STP Company as part of a 27-year build, own, operate and transfer (BOOT) scheme, the first scheme of its kind in the country.

The plant is designed to have a lifespan of 25 years and has a provision for future expansion to treat 160,000m3/d. The site covers an area of approximately 157,000m². The project won the Middle East Water / PPP Deal of the Year 2011 awarded by Project Finance Magazine.

"The plant is designed to have a lifespan of 25 years and has a provision for future expansion to treat 160,000m³ a day."

The deep gravity sewer is 16km-long and 1.8m in diameter. The sewer was tunnelled using the micro-tunnelling method.

The project also involved the construction of a lift station halfway through the route to lift the flow, further preventing the depth of the sewer from exceeding 15m below ground level.

A new sludge incinerator plant to treat the sludge from the sewage treatment plant was also installed. Treated sludge from the plant is used as fertilisers in agricultural fields. The STP also has an option to discharge the treated effluent and bypass flows to the sea through an outfall. By March 2013, the project achieved one million safe man-hours without lost-time incidents.

Contractors for the Muharraq STP’s design and construction

Hyder Consulting provided the detailed design services for the STP. The main construction contractor for the project was G P Zachariades. The company received the 2015 MEED Quality Awards and Best Subcontractor of the Month Award from Samsung Engineering in February 2013.

he installation of the piles for the shafts was carried out by Keller. The piles used for the shafts range in sizes from 12m to 18.5m. Implenia was sub-contracted to carry out the micro-tunnelling activities. The nutrient removal reactor for the plant was supplied by Siemens.

The project financing for the treatment plant was completed in September 2011, with Macquarie Capital acting as the financial adviser and Ashurst acting as the legal adviser to the consortium.

HSBC and Norton Rose, on the other hand, respectively acted as the financial advisor and legal advisor to the Bahrain Ministry of Works and Ministry of Finance.

The banks involved in the financing were Export-Import Bank of Korea (K-Exim), Credit Agricole, Natixis and Sumitomo Mitsui Banking Corporation (SMBC), while Shearman & Sterling acted as the advisor for these lenders.

The debt financing for the $325m project includes a $124m direct loan guarantee from K-Exim, an $83m guarantee covered by K-Exim and a $43m uncovered guarantee, with a 13.7% standby facility on each.

The Government of Bahrain has instigated a $360 million project, involving the construction of the Al Hidd power and desalination facility on Muharraq Island.