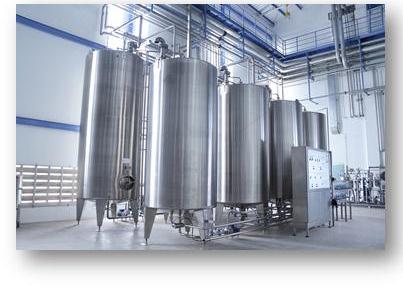 The GAC technology features a highly porous carbon matrix, which serves as a substrate in water treatment plants to filter out compounds such as chlorine and other undesired contaminants in pre-processed water.

In conventional water treatment plants, small amounts of chlorine are used in the raw water supply pre-filtration to remove unwanted microbial activity. However, over a period of continuous use, this could increase tolerance to any microbial organisms established in the GAC.

The company claimed that it is the first Electro Chemical Activation (ECA) water company that has introduced a non-traditional ‘chemical free CIP’ into the beverage market.

Radical Waters sales manager Anton Louw said: "While we have had immense success with our ECA CIP, GAC cleaning points the technology in a new direction and should certainly be considered by plants.

"The ECA system is already installed and it stands to reason that it should be used to its maximum benefit."

The ECA technology replaces the traditional methods of steam and biocides in the regeneration of carbon columns and adjusts the surface charge of the carbon granules to release both inorganic and organic biofilm deposits.

The company’s ECA GAC technology is expected to increase the lapse time for recurrence of contamination in GAC columns, reduce microbial contamination to acceptable limits, and rejuvenate and regenerate the GAC particles.

It is also expected to ease operation, remove bio film in the column, treat in a non-hazardous and eco-friendly manner, and reduce energy, water and chemical requirements, saving costs.