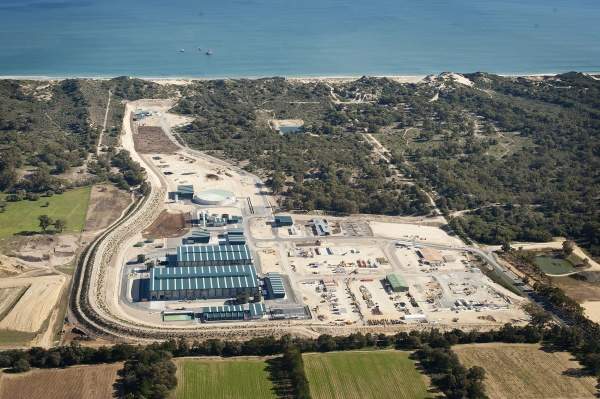 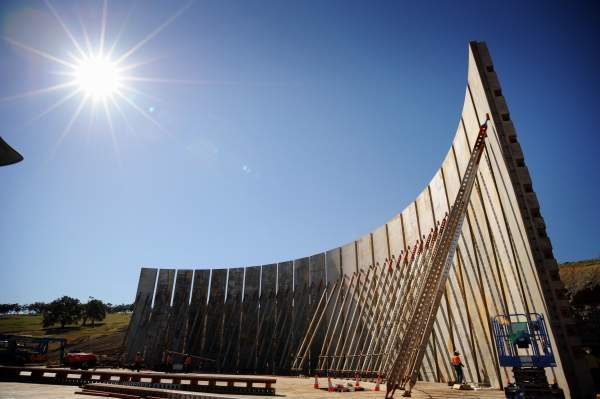 The SSDP is being constructed in two stages. The first stage was completed in September 2011 at an investment of A$955m. Image courtesy of Water Corporation. 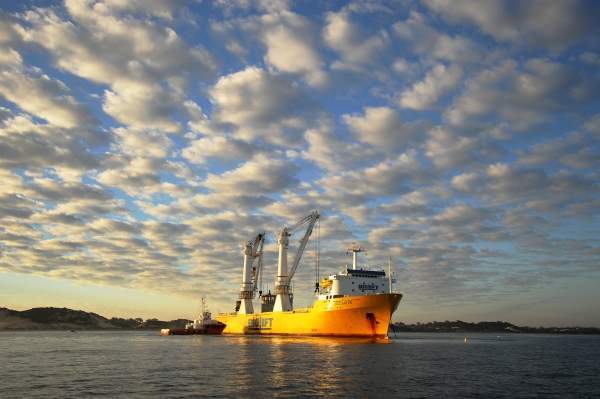 The heavy lift vessel Happy Buccaneer was engaged to position the seawater intake towers on the seabed. The second stage of the SSDP is expected to come online in December 2012. Image courtesy of Water Corporation. 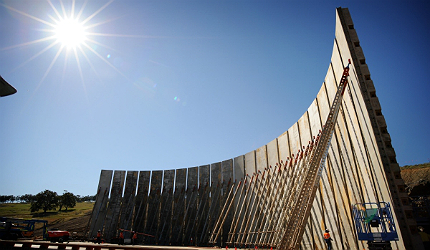 The new plant is located on Taranto Road, north of Binningup, approximately 150km south of Perth. It is being built in two stages, each with a maximum capacity of 50 gigalitres (GL) a year. The first stage of the plant was officially opened in September 2011. It was completed three months ahead of schedule and required an investment of A$955m ($943.5m). The plant has started operating at its full capacity.

"The plant is owned by Water Corporation, the main provider of water, wastewater and drainage services in Western Australia."

The second stage of the project was announced in August 2011. It will involve an expansion of the plant’s capacity, from 50GL/year to 100GL/year. The expansion is expected to cost A$450m ($444.6m). The state government has already approved funding of A$300m ($296.4m), to put towards the expansion.

The first intake of seawater into the second stage of the plant took place in January 2013. The expansion is expected to be completed after the installation and testing of four pumps in March 2013.

The plant is owned by Water Corporation, which is the main provider of water, wastewater and drainage services in Western Australia.

In addition to the state capital, the new plant will supply water to the nearby city of Bunbury, located 175km south of Perth’s central business district (CBD).

The project was named the Global Desalination Plant of the Year in April 2012 at the Global Water Summit held in Rome.

The first stage of the project involved construction of a seawater reverse osmosis (SWRO)-based, 50GL/year capacity desalination plant that can be expanded to 100GL/year. It also included pre-treatment and post-treatment facilities.

The second component of the project is the 28km long underground pipeline from Binningup to a storage facility comprised of four summit tanks, located north-east of Harvey. The pipeline will facilitate the transfer of potable water from the plant to the integrated water supply scheme (IWSS).

The proposal for the SSDP was announced by the Premier of Western Australia in May 2007. Following the announcement, Water Corporation engaged consultants to conduct various studies to assist with the project design and meet the statutory requirements of the Federal Department of Environment and Water Resources (DEW) and Western Australia’s Department of Environment and Conservation (DEC).

Water Corporation received conditional environmental approval for the plant in June 2009. Construction on the new plant commenced in July 2009, after receiving full project approval from the Federal Government.

Environmental management consultancy 360 Environmental was commissioned in July 2007 to conduct flora and fauna investigations at the plant and pipeline locations.

"The project was named the Global Desalination Plant of the Year in April 2012 at the Global Water Summit held in Rome."

A noise survey was completed by Herring Storer Acoustics. The social impact assessment and sustainability statement were completed by GHD.

Brad Goode and Associates was commissioned in January 2008 to conduct a Site Identification Aboriginal Heritage Survey. WorleyParsons had undertaken comparison of the three shortlisted sites.

The DBO contract entitles SSWA to operate the plant for 25 years. Design and installation of seven sectional bolted tanks for the second phase of the project was contracted to pmt Water Engineering.

Energy Recovery has been contracted to supply its PX Pressure Exchangera (PXa) devices for the second phase of the project.

Purpose and need for the SSDP

The SSDP is part of Water Corporation’s strategic approach for long-term water sustainability. The desalination plant was ordered in response to the reduced rainfall in the state, population growth and subsequent increase in water consumption.

Western Australia has witnessed a 12% decline in rainfall during the last ten years. This has lowered the flows of stream into the dams by up to 50%. It has been estimated that the state’s capital will require an additional 150 billion litres of water by 2031. In order to address these needs, the South Australian Government commissioned the Southern Seawater desalination project.

The new plant has the potential to deliver 30% of the state’s water supply from climate independent water sources. It is expected to deliver total potable water savings of up to 1,200GL a year.

Wonthaggi desalination plant will be the largest in Australia.

With the official opening of the Perth Seawater Reverse Osmosis Plant in November 2006, Western Australia became the first state in the country to use desalination as a major public water source.