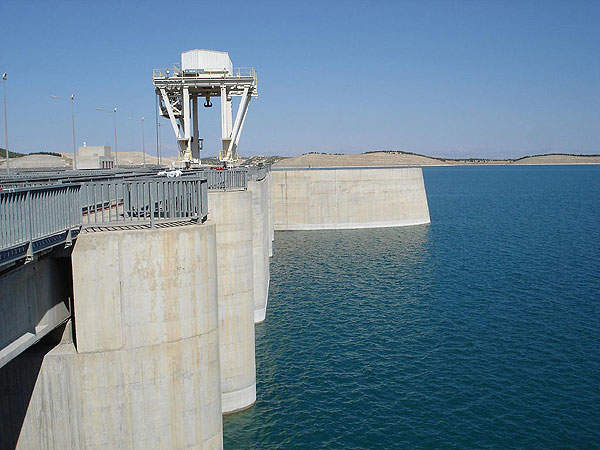 Atatürk Dam, on the Euphrates river, is located in Bozova in the Şanlıurfa province, of the Anatolia region, Turkey. Image courtesy of Kel Patolog. 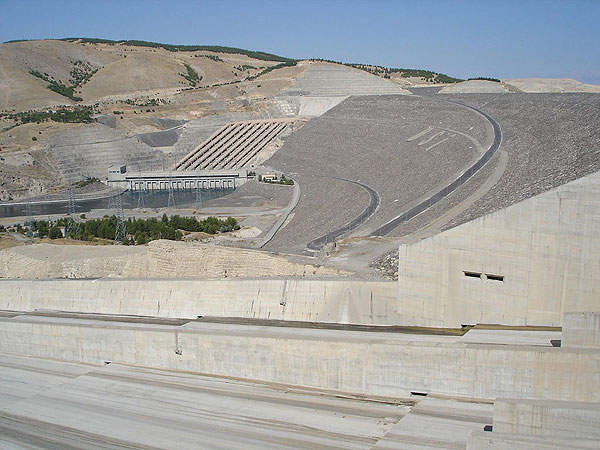 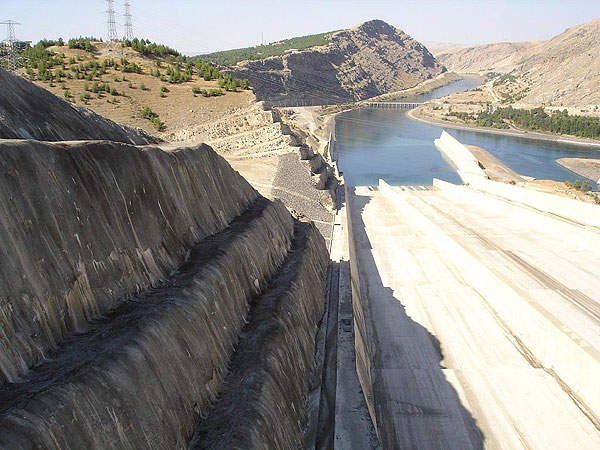 Construction of the $1.25bn dam and the hydroelectricity power project was completed in 1990. Image courtesy of Kel Patolog. 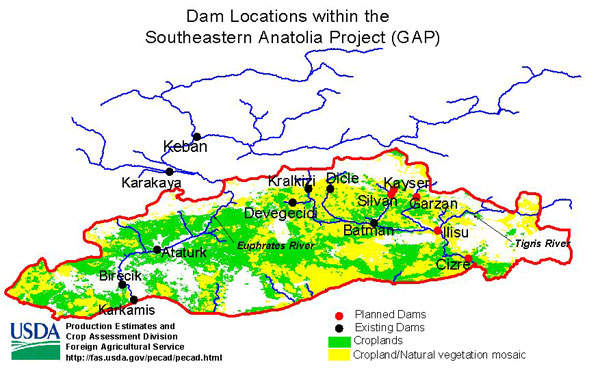 Ataturk Dam is the largest in the GAP, consisting of 22 dams and 19 HEPPs on the Euphrates and Tigris river basins. 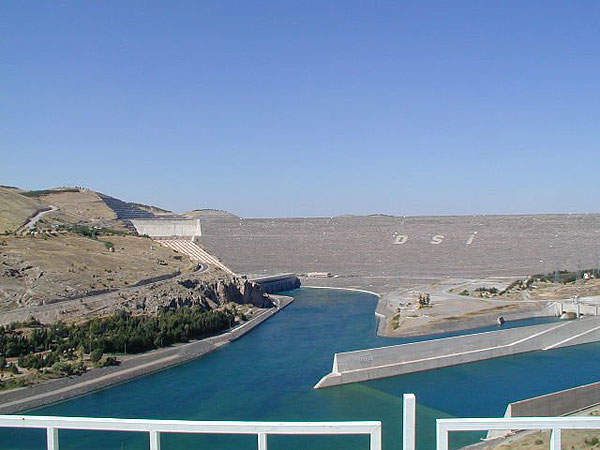 Atatürk Dam in Turkey is one of the largest earth-and-rock fill dams in the world.

The Atatürk Dam is located on the Euphrates river in Bozova, south-east Turkey.

Built to supply water for irrigation and power generation, it is one of the largest dams in the country and ranks sixth amongst the largest earth-and-rock fill embankment dams in the world.

Previously called the Karababa Dam, it was renamed in the honour of Mustafa Kemal Atatürk, the first President of the Republic of Turkey.

Construction of the dam and the hydroelectric power project (HEPP) was undertaken from 1983 to 1990 at a cost of $1.25bn. The first two power units were commissioned in 1992, and its entire operations began in December 1993. State Hydraulic Works (DSİ) is the operator for the project.

Importance of the dam as part of the sustainable, integrated GAP scheme

The Atatürk Dam is part of the the Southeastern Anatolia Project (GAP), a large sustainable, multisector, and integrated scheme. It is the largest of the 22 dams, 19 hydroelectric power stations, and network of irrigation canals being built in the Euphrates, Tigris, and Upper Mesopotamia basins.

Envisaged in the 1970s, the GAP master plan aims to develop nine administrative provinces of the Southeastern Anatolia region. Projects on the Euphrates and Tigris rivers will provide water for irrigation and power to arid areas in south-eastern Turkey.

The total area of the irrigation scheme is about 75,000 square kilometres. It consists of 46.2% semi-arid cultivation farmlands, 20.5% forest land, and 33.3% dry pastures. Irrigation canals are expected to be completed in 2020.

GAP will double Turkey’s irrigation land and hydroelectricity production and also increase the per capita income in the region by 50%. It is also expected to quadruple the gross national product and provide employment to two million people.

"GAP will double Turkey’s irrigation land and hydroelectricity production and also increase the per capita income in the region by 50%."

When completed, the project is expected to supply water to around 1.8 million hectares of land and also generate about 7476MW of power. The total estimated cost of the GAP is $32bn.

Atatürk Dam lies in the midst of the five dams currently operational on the Euphrates river. The Karakaya Dam and Keban Dam are located upstream of Atatürk, while the Karkamış and Birecik dams are situated downstream. Another two are also being built.

Called Lake Atatürk Dam is the third largest reservoir in the country, surpassed by Lake Tuz and Lake Van. The 817 square kilometre reservoir can hold a volume of 48.7 cubic kilometres of water. The full reservoir level of the lake is 542m above mean sea level (amsl) and minimum operational level is 526m amsl.

Two 26.5km long and 7.62m diameter parallel tunnels of the Şanlıurfa Irrigation Tunnel System divert water from the reservoir to the plains of upper Mesopotamia. The tunnel system has several branch canals and irrigation networks.

First water started flowing naturally through to the Harran Plain and vicinity areas for agriculture in November 1994. The Atatürk Dam project supports irrigation of about 727,700ha of land in the Mardin-Ceylanpinar plains.

Water from the dam is fed to an above-ground power station at Şanlıurfa. It comprises eight 300MW Francis turbines with total installed capacity of 2,400MW. Each turbine has a rated discharge of 218.5m³/s and head of 151m. A five kilometre long, 380kV overhead transmission line transmits electricity. The HEPP generates 8,900GWh of electricity per annum.

Key players and contractors involved with the Southeastern Anatolia Project

The engineering, procurement, and construction of the dam was completed by the ATA Insaat Sanayi ve Ticaret consortium, consisting of Palet İnşaat (35%), Seri Insaat (35%) and Energy-Su (30%), as well as Dolsar Engineering. The turbines for Atatürk HEPP were supplied by Sulzer Escher Wyss (SZEW) and the generators were supplied by ABB Asea Brown Boveri.

DSD NOELL supplied and installed the 7.35m diameter penstocks for the project. Pöyry was the design, construction, and monitoring services provider, while Lahmeyer International was the contract management and cost control consultant.

Originating in the highlands of eastern Turkey, the Euphrates is the longest river in south-western Asia. The 2,800km river has a volume of 35.9 billion cubic metres a year. It flows through Syria and Iraq, joining the Tigris to form Shatt al-Arab in southern Iraq. It then discharges into the Persian Gulf.

The Turkey GAP project has been receiving strong political resentment from Iraq, Syria, and other riparian countries as it significantly reduces the flow of Euphrates. However, in 2009, the three countries initiated talks to establish a water institution to resolve issues related to sharing of Euphrates-Tigris waters.