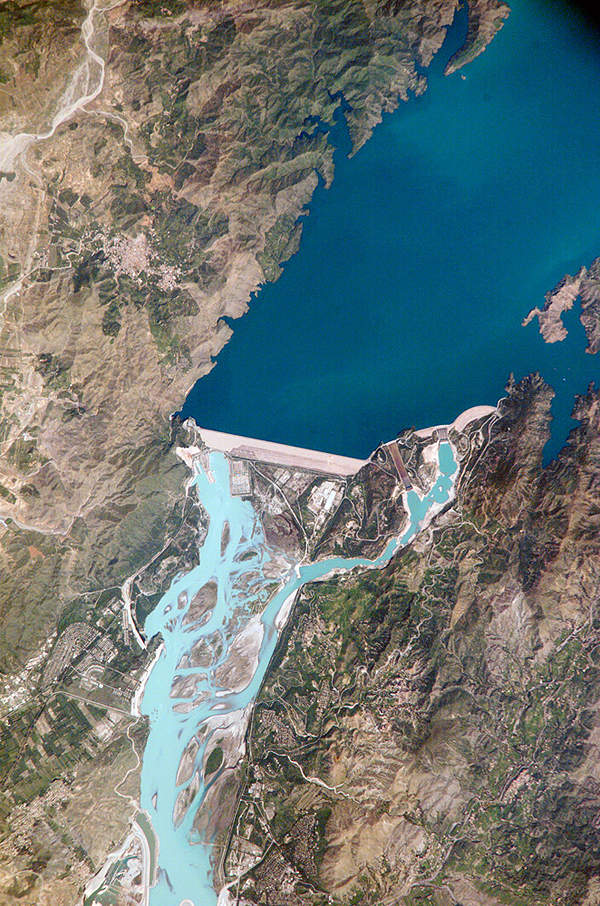 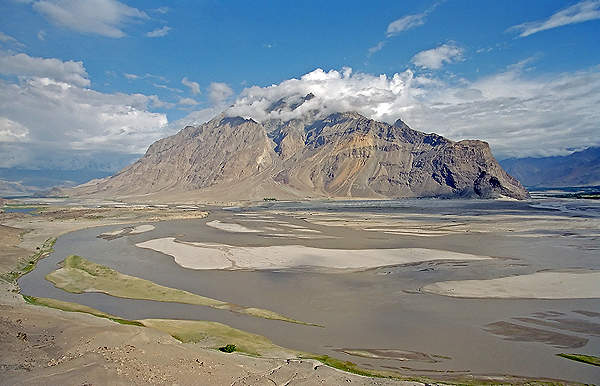 The upstream water of the Indus River is stocked at the Tarbela Dam reservoir during the months of June, July and August. Image courtesy of Kogo. 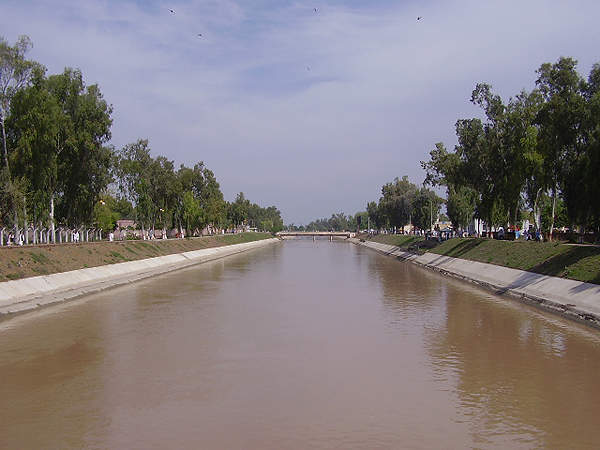 The primary purpose of the Tarbela Dam Project was to regulate flows of the Indus River through canals. Image courtesy of Adnan Ahmad.

Tarbela Dam is located in Pakistan and is the world’s largest fill-type dam. It is built over the River Indus near the small town of Tarbela in the Haripur District of the country. It is also the second largest dam in the world in terms of reservoir capacity, which is 11.62 million acre-feet (14.3 billion cubic metres).

The project was executed by Water and Power Development Authority (WAPDA) on behalf of the Government of Pakistan. Construction was carried out under a single civil works contract.

Major financial contributions for the project came from the World Bank in the form of a bank loan and two International Development Association (IDA) credits. The bank loan was approved in 1968 and the two IDA credits were approved by 1978. The loan and credits were fully paid out by September 1981.

Pakistan is currently constructing the Diamer-Bhasha dam on the River Indus, which will increase the life of the Tarbela dam by 35 years. The new dam project is partly financed by the US.

“The project was built by Tarbela Dam Joint Venture, which was led by Italian contractor Impregilo.”

Pakistan was entirely dependent on unregulated flows of the Indus River and her tributaries even after 20 years of her independence. The agricultural yield was on a lower side due to deficiency of water during the critical growing season. The main reason behind this problem was the seasonal variations in the river flow. Additionally, there were no storage reservoirs to conserve surplus flows.

In order to strengthen the irrigation system, the Pakistani Government, with assistance from the World Bank, embarked on the Indus Basin Project, which comprised of two large dams. The first dam built under this water control project was the Mangla Dam on the Jhelum River, while the other was Tarbela on the Indus River.

The Tarbela Dam Project involved the construction of an earth and rock-fill dam on the River Indus and a power plant. Maximum height of the main embankment from the lowest foundation point is 470ft and length is 9,000ft at its crest. The dam required 138 million cubic yards of fill.

“The project was executed by Water and Power Development Authority (WAPDA) on behalf of the Government of Pakistan.”

The valley wall on the right bank, at the upstream end, was cut through to build a group of four tunnels. Three of these tunnels were intended for hydro-power generation, while the fourth tunnel is used for irrigation releases. A fifth tunnel was constructed on the left bank of the river. It became operational in 1976 and is basically used for irrigation purposes.

Catchment area of the Tarbela Dam reservoir in Haripur District

Catchment area of the reservoir created by the dam is 169,600 square kilometres. The reservoir, with a maximum depth of more than 450ft, can impound up to 11.62 million acre foot (MAF) of water at the maximum lake elevation of 1,550ft. Net usable capacity of the reservoir is 9.68MAF.

The water is stocked during the months of June, July and August, when the river flow is at its maximum.

The Tarbela hydro power plant is constructed on the right side of the main embankment. It is installed with 14 power generating units and the water is fed from outlet tunnels one, two and three. The plant has a total installed capacity of 3,478MW.

The project was built by Tarbela Dam Joint Venture, which was led by Italian contractor Impregilo. The joint venture was a consortium of three Italian and three French heavy civil engineering contractors. Five German and two Swiss companies joined the consortium in 1969.